Turkey has a deep history and is full of cultural treasures. With everything from Byzantine ruins, Greek temples, Ottoman Empire buildings, alongside skiing in vast mountainscapes or sandy beaches on Turkey’s Mediterranean coast, there are so many places of interest that make this country one not only for exploring but also studying as well.

Despite all this, many visitors still fail to commit to learning the native language – even when they could learn Turkish fast. On the surface, the reasoning is mostly that Turkish appears more difficult to learn when compared to other European languages like French or Spanish.

With all that in mind, it shouldn’t take long at all to grasp the Turkish language. But if you need to get a hold of it quickly, here are some great pointers to help you get started.

Also read our 5 quick tips to learn a language in a hurry here.

There are three concepts to bear in mind when learning Turkish, and once you’ve got to grips with them the rest of the language will quickly fall into place.

The Turkish sentence structure goes in order of Subject, Object, Verb. For example, “I the dog walked”.

Turkish is an agglutinative language. That means that suffixes are added to verbs in order to provide contextual meaning. Because of this, the Turkish language is capable of producing some very long words, which can look completely overwhelming at first! However, once you identify the suffixes within the verbs you can quickly break the words down, understand the context and then use them as mini phrases! (More on that next).

In Turkish, vo​​wels in suffixes are adjusted to the previous letters to give words a better flow. For example, the suffix -ler makes words plural and follows e-type vowel harmony (where you must choose either the “e” or “a” suffix). That means that -ler can take two forms: -ler and -lar. Using the word “kadın” (woman), we can make this plural by finding the vowel in kadın – ı – and following e-type harmony (If the last vowel in the word is a, ı, o, or u: use a form). As we know that the vowel harmony form follows ı, we use -lar to make kadınlar (women).

Keeping these concepts in mind makes it easier to break down words and sentences into identifying elements, like verbs and suffixes, which can help with both reading and learning to speak the language.

2.   Get familiar with the Turkish alphabet

Though there may be no grammar or vocabulary similarities between English and Turkish, there is a striking similarity between their alphabets.

The Turkish language uses the same Latin alphabet as we use in English, just slightly modified. It contains 29 letters: 8 of which are vowels and 21 which are consonants, but the main difference is that 3 of those letters are changed. In the Turkish alphabet, ç, ğ, ş, ı, ö, ü are included, whilst q, w, x are excluded.

Just as with any language, taking the time to learn the alphabet can help to speed up the time taken to learn Turkish. Western, Central and European speakers will quickly be able to learn new words just by recognising them as they read them – cognates especially (the words that sound similar between languages).

Turkish pronunciation is surprisingly easy. Turkish is phonetically written, which means all its words are pronounced exactly as they appear on a page.

Each letter only has one sound, and there are no double consonants like in the English language (sh, ch).

The most notable things to learn quickly about the Turkish language’s pronunciations are:

The letter ğ is known in Turkish as a “soft g” and it always follows a vowel because it has no sound of its own! Using e-type vowel harmony, if ğ follows an a, ı, o or u it will prolong the sound of the last vowel. If ğ comes after e, i, ö, or ü it will sound similar to the way we pronounce “y” in “yellow”.

If you see ş or şe in a written word, it’s pronounced like sh in shame.

In Turkish, your I’s could get confusing. ı in Turkish looks like the English letter i missing its dot, whilst its capitalised version looks identical to the English I. To make things a little trickier, the capitalised and ı versions are pronounced like a schwa /ə/, whilst the opposite version: a dotted I or i instead is pronounced like a double e!

Before you can move onto basic grammar and sentence structure, you’ll need to learn the words that you’re most likely going to be using. This is because as we’ve seen from the three concepts, the Turkish language has a completely different sentence structure in English, which can – at first – make it difficult to follow conversation if you don’t understand which words are fitting into which order.

Basic words to commit to memory include things like:

When learning any new language it’s best to first acquaint yourself with the words you are most likely to be using, as this will hone your focus and stop you from being overwhelmed when being faded with an entirely new dictionary!

The best place to start learning sentence structure is by listening to native Turkish speakers. Podcasts, TV shows, movies and even music can help you to begin to pick up on the unique way in which suffixes and pronouns are used within a sentence.

In the Turkish language, suffixes are used in place of some verbs. There are five personal suffixes for a particular person (first, second, third) and quantity (singular, plural) and some sentences are built using a required suffix with a pronoun.

Grammatical features of some words or sentences can also be changed just by adding one or several suffixes. It is these additional suffixes which make the long words which look overwhelming to pronounce.

For example, the word Nerelisin is actually a sentence! If we break it down, we find -sin (you, following the e-type vowel harmony) plus -li (from), -re (place) and ne (where) and so now we can see that the word itself is actually a question: Where are you from?

It’s worth spending some time getting comfortable with suffixes because they are the key to breaking down much larger words into smaller chunks of understanding!

Lastly, remember that the Turkish grammar order is subject > object > verb in sentences. Just keeping in mind that the verb always comes last, no matter in which sentence, will enable you to place the subject and object.

Whether you’re a professional in a company based anywhere across the UK, or you’re a private individual needing to learn Turkish, you can benefit from one of our Turkish language courses.

We have a terrific team of qualified native-speaker Turkish teachers, and with an average of 15 years’ experience they will ensure you benefit from a course designed specifically around your needs, whether you are a complete beginner or an advanced learner with more specialised requirements.

Get your bespoke quote here or visit our Turkish language course page for more information. 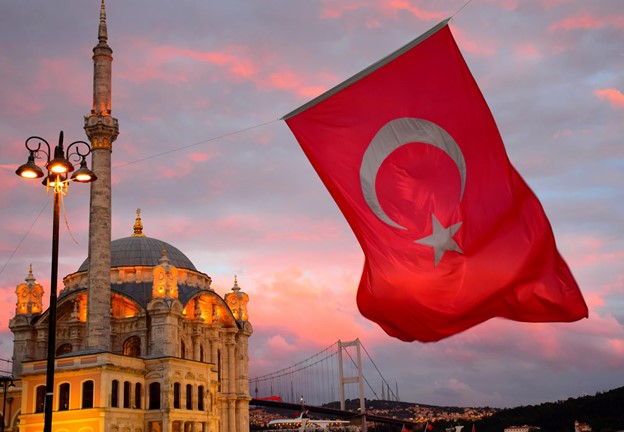 Article Name
The Best Tips to Learn Turkish Fast | Simon and Simon
Description
Check out this blog for the most effective ways on how to learn Turkish fast. From using flashcards to online apps, we've got you covered.
Author
SIMON & SIMON Team
Publisher Name
SIMON & SIMON International
Publisher Logo