What Will Be the Most Spoken Language in 2050?

What is the Engco Model of Language Forecasting?

According to this report, “The Engco Forecasting Model has been designed by The English Company (UK) as a means of examining the relative status of world languages and making forecasts of the numbers of speakers of different languages based on demographic, human development and economic data.”

This model offers us a quantitative way to estimate the relative status of languages around the world. It takes into account population growth, economic development, and other factors in order to estimate the number of speakers of different languages in the future.

What Will Be the Most Spoken Language in 2050?

According to the Engco Forecasting Model explained above, the 5 most spoken languages in 2050 will be Mandarin, Spanish, English, Hindi and Arabic. The key drivers behind the continued rise in popularity of these languages include population growth, economic predictions and national language policy.

In 2050, most people will be speaking one of these 5 languages as their first or second language. This means that most people from different countries will have a common way to communicate with each other. This also means that businesses will need to be able to communicate in these languages in order to reach a global audience.

Why Train Your Workforce in These Languages?

If you want your business to be successful in the global market, it is important to enlist experts to train your workforce in these languages. By doing so, you will be able to communicate with customers, clients and partners from around the world.

Business language training also allows you to keep up with the evolving international business landscape, which is becoming increasingly globalised and multilingual. Without the key skills delivered by these professional language training, your business may find itself at a disadvantage.

Related Reading: The Benefits of Language Training For Employees

The Most Spoken Languages in 2050

Mandarin is likely to be the most spoken language in 2050 because of its vast number of speakers. The economic influence of China will also prove vital for the continued use and spread of Chinese languages around the world.

In recent years, the international influence of China has skyrocketed, with many countries eager to do business in the country. On this path, China’s economy is set to become one of the largest in the world by 2050. This means that many companies will be wanting to learn Mandarin in order to communicate and do business within China.

Businesses that are able to communicate with Chinese customers or partners effectively will have an advantage over their competitors. Therefore, it is important to train your workforce in the Chinese language to secure your future international prospects.

Spanish is another language likely to be one of the most spoken languages in 2050 because of its large number of speakers. The Spanish language has become popular among international businesses, particularly given Spain’s economic growth and presence in global markets.

The growing demand for Spanish-language products and services has contributed to the rise in the number of native Spanish speakers across the globe. Spanish is becoming one of the world’s most widely understood languages, and this will continue as it paves a path to become a global business language in due course.

Although English is already well established as a key business language, its popularity will only grow in the future. This is due to the fact that many people and businesses will need to learn it in order to do business with each other.

It is predicted that English will be the most popular language for doing international business in 2050. Currently, English is the key business language used by global giants across various industries.

Business English is a vital skill for the future, and those who are able to speak it fluently will have a distinct advantage in the job market. This shows how important it is for your workforce to know this language.

Hindi is another language that is set to experience a surge in popularity in the coming years. This is due to India’s growing economy and its position as a key player in the global market.

Many businesses are keen to do business with India, and this means that they will need to learn Hindi in order to communicate effectively. The Hindi language is currently the fourth most spoken language in the world, with over 350 million speakers.

Like Spanish, Hindi is becoming one of the most widely understood languages and is set to play a big role in the global business community. To ensure that your business is successful in future international markets, it could be important to consider training your workforce in Hindi.

Arabic is an extremely important language for business, for numerous reasons. One key reason why the Arabic language will remain relevant for globalisation is that there are 22 Arab nations across the globe. Many of these countries have a strong economy, which means they will be significant international players in the future.

Arabic is currently the fifth most spoken language in the world, and this is only set to grow as more people learn it for business purposes. If you want your business to be successful in future Middle-Eastern markets, it is important to train your workforce in this language.

At SIMON & SIMON, we deliver expert corporate language training to businesses of all shapes and sizes. No matter what industry you are in, our team of professional trainers will customise a programme to suit your needs and goals for international expansion.

Get in Touch Today To Find Out More! 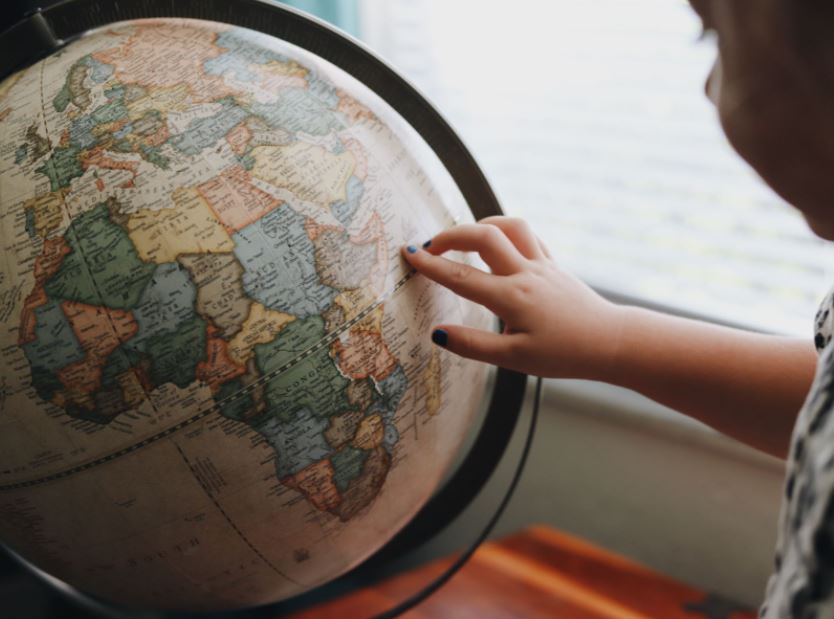 Article Name
What Will Be the Most Spoken Language in 2050?
Description
What will be the most spoken language in 2050? The truth is, there is no one definitive answer to this question. It depends on a number of factors, including population growth, migration patterns, and technological advances. However, it is likely that a number of languages will dominate the conversation by 2050. This guide is here to talk you through key popular language forecasts for the future, and the reasoning behind them.
Author
Simon and Simon Team
Publisher Name
Simon and Simon International
Publisher Logo