The Origin of Words: Interesting Examples from Science and History

The history of language is endlessly intriguing, and we have explored it in many previous posts (take a look at this fascinating cluster of articles). In this article, we want to dig out the magnifying glass and zone in on the special terminologies of science and history.

Many words from history – especially military history – have their roots in Latin, while the Ancient Greeks, famous for their love of philosophy, drama and mathematics, have gifted us with many of the words that contribute to our scientific lexicon. Don your spectacles (from the Latin spectaculum – a form of specere, meaning ‘to look at’), pull on your lab coat (laboratory also has its roots in Latin – from labor, meaning ‘to work’) and come with us into the lecture hall…

As Thomas Hardy said, “War makes rattling good history, but peace is poor reading.” History is chock-full of wars and much of the lexicon comes from Latin. You only have to take a look at this list of Latin inscriptions, many of them military, to understand why the Roman army – organised, disciplined, well-paid and well-fed – was virtually unstoppable for centuries.

Here are some common words from the history of warfare:

The Greeks’ Thirst for Knowledge

The Ancient Greeks left us an impressive legacy in the field of science, with famous figures such as Pythagoras, Aristotle, Archimedes and Hippocrates immortalised by their contributions, many of which are still relevant today.

As for scientific terms still used in many (usually European) languages today – well, we are spoilt for choice. Here are a few of our educational favourites:

Those clever Greeks also left us the dubious legacy of phobias, from phobos (meaning ‘fear’). As well as the commonly known ‘agoraphobia’ (fear of open or crowded places – in Ancient Greece, the agora was a public space for assemblies or markets), ‘claustrophobia’ (anxiety in small or crowded spaces) and ‘arachnophobia’ (terror of spiders), there are also some rather unusual phobias out there. Cryophobia is a dread of ice, frost or cold; nephophobia is a fear of clouds; alektorophobia affects people scared of chickens; and pogonophobia afflicts people with a grave aversion to beards.

Of course, many words in science are named after famous scientists and are the same in any language. Here are some popular examples:

Conditions are also often named after the scientists who discovered them, and they remain the same in different languages too. For example:

Learning a foreign language makes you appreciate the similarities and differences between languages, and science and history employ many words with a Latin or Greek root that occur in similar forms across many European languages. If you would like to learn another language – European or otherwise – please do get in touch to discuss your requirements. 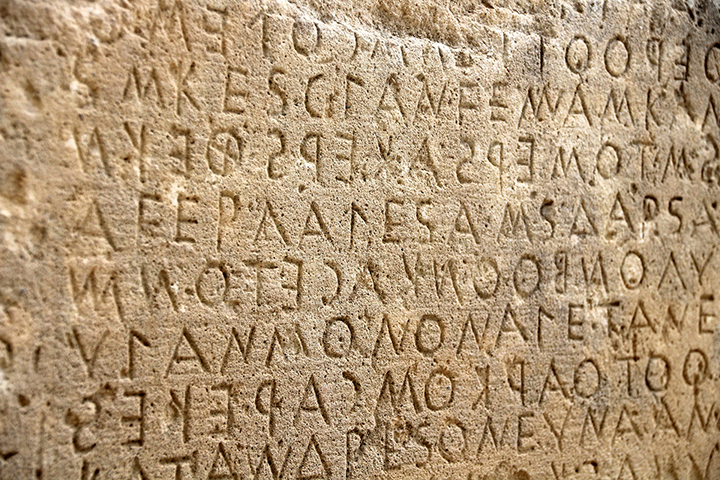 Article Name
The Origin of Words: Interesting Examples from Science and History
Description
Many words from history have their roots in Latin, while the Ancient Greeks, famous for their love of philosophy, drama and mathematics, have gifted us with many of the words that contribute to our scientific lexicon.
Author
SIMON & SIMON Team
Publisher Name
SIMON & SIMON International
Publisher Logo