Spot the Difference: Portuguese Around the World

Portuguese is a romance language, like Spanish, and it also has a similarly storied history as it has travelled the world due to Portugal’s colonial past.

Approximately 228 million people in the world are native speakers of Portuguese, with a total of approximately 252 million able to speak the language.

Over 10 million people in Portugal speak Portuguese, but the vast majority of the world’s Portuguese speakers can be found in Brazil, the largest country in South America, which puts Portuguese in the top 10 most spoken languages in the world (rising to 6th place when looking at native speakers only).

Africa has a significant number of Portuguese speakers, and it is the official language of Cape Verde, Mozambique, Guinea-Bissau, Equatorial Guinea, São Tomé and Príncipe, and Angola. Many people in Asia also speak Portuguese, for example in East Timor and Macau.

With a global reach that rivals Spanish, Portuguese is clearly an important global language – but how similar are the different Portuguese dialects? In this article, we take a look at some of the ways that Portuguese differs from country to country.

Tuning in to Brazilian Portuguese

Looking for Differences in Practical, Everyday Language Use

The way to really test for barriers in comprehension between one Portuguese dialect and another is to immerse yourself in the new dialect and see if it makes sense – and reassuringly, Portuguese speakers tend to be able to find their way quite comfortably once they adjust to the local language. However, small differences can be found because each dialect has evolved in its own way over the years.

While the broad structure of the language remains the same across the board, some differences may be immediately apparent, such as variations in accent and intonation (Brazilian Portuguese is thought to sound more musical and distinct, for example, while European Portuguese may seem more quiet and muffled). Verb forms can be a little different too, and this sometimes extends to word order as well – but the words remain recognisable and therefore intelligible.

Another predictable difference is that the surrounding culture and environment is different, so informal slang words that have entered the local language could easily confuse the uninitiated. For example, European Portuguese uses ‘fixe’ to mean ‘cool’ or ‘nice’, while Brazilian Portuguese uses ‘legal’ instead. Context can therefore help you navigate your way around newfound slang terms! Furthermore, different parts of the world may use different words to describe common objects (for example, a bus is an ‘autocarro’ in Portugal, but an ‘ônibus’ in Brazil).

In Africa, creole languages have appeared over time with the influx of European languages such as Portuguese and French. For example, Cape Verdean Creole, which is the mother tongue for most of the population of Cape Verde, is based on Portuguese, while Portuguese (the official language of Cape Verde) is used in more formal settings.

If you would like to find out more about the Portuguese language-learning training we provide, please do get in touch. 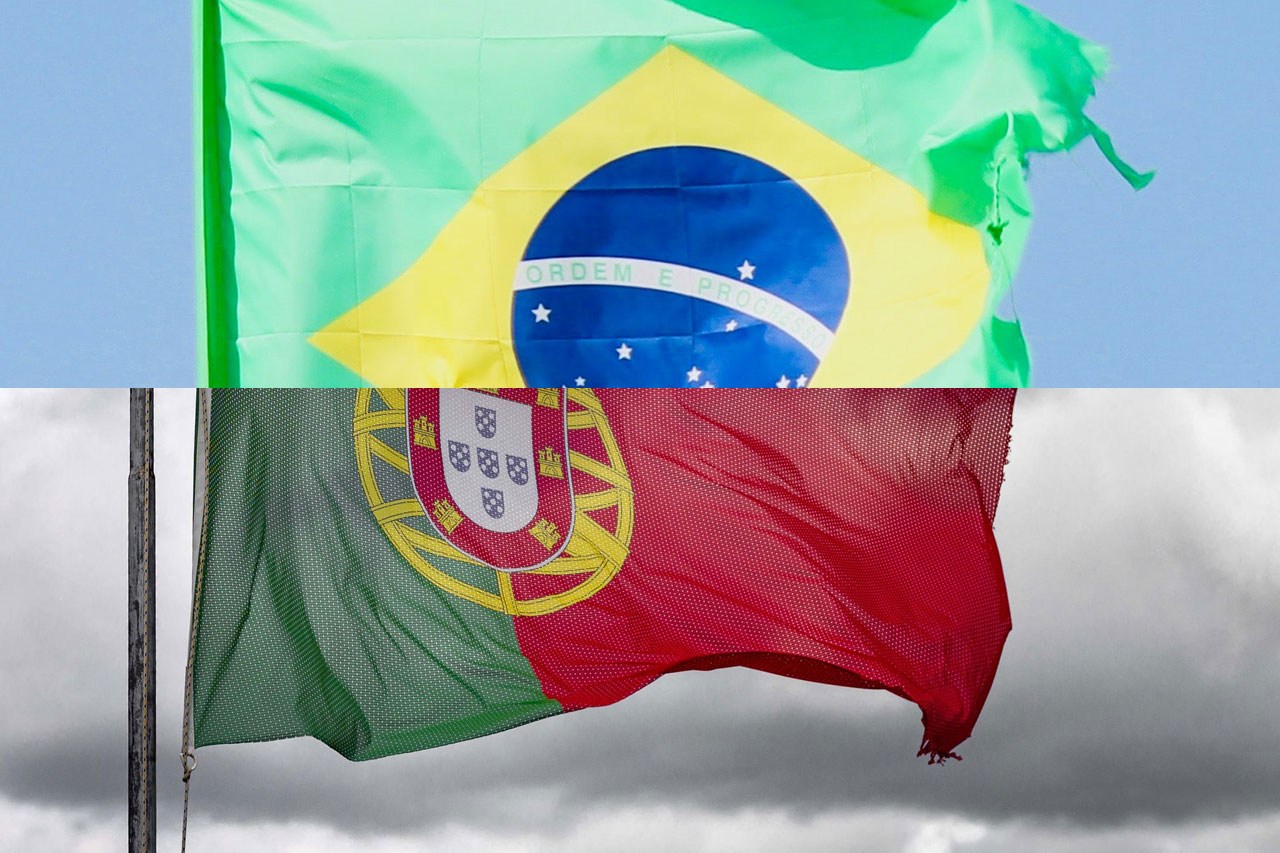