National stereotypes can be a good thing too!

Stereotypes! Americans are loud, British are cold, Chinese are inscrutable.

That kind of thing.  When we meet a problem or setback in international meetings and negotiations we all tend to retreat into our views of national stereotypes. But what if those stereotypes were true?

There’s a saying in English.  ‘There’s no smoke without fire!’ Stereotypes had to come from somewhere,  otherwise,  why do we have them? We tend to avoid discussing stereotypes.

It’s not politically correct and we like to think we don’t adhere to them,  but if we’re honest, much of the time we do. 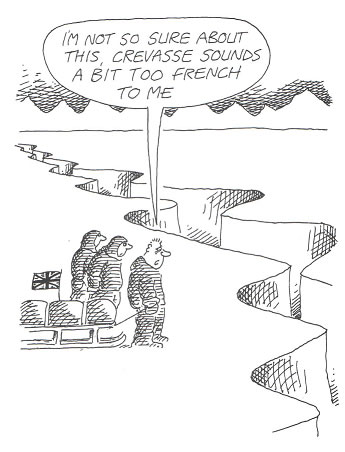 When I hear the word  ‘stereotype’, I reach for my gun!

Whenever, I hear the word ‘stereotypes’ or ‘stereotyping’ mentioned in a seminar, a red light goes on.  If people believe you are reinforcing stereotypes, it can destroy your credibility.  If I hear the word ‘Stereotype’ I actually try and replace it with the word ‘generalisation’ as it is substantially more appropriate in Business English.

That may sound like just a change of word but it isn’t.  Actually, it’s a change of concept.

When you make a generalisation, you don’t say EVERYONE does it.  You just say SOME people or even a MAJORITY of people may behave like that.

This is really important. National traits and characteristics do exist. And we all display them at times. But that doesn’t mean we aren’t individuals, or that we don’t have choices about how we behave.  Making a generalisation about a cultural trait allows you to say it exists but not everyone displays it.  Establishing that it does exist simply helps explain certain cultural traits.

From a business perspective, acknowledging that there is such a thing as cultural traits, and tailoring your negotiations around them will prove a powerful business tool. Our English Business courses are perfectly complemented by our cross-cultural training to help you make the most out of your business relationships.

One feature of cross-cultural training is identifying where these stereotypes and generalisations are and aren’t helpful to us in our international communication.

Stereotypes always bad!  Is that true?

We have a stereotype about stereotypes. They’re all bad. They all express a negative opinion. But some stereotypes are positive. Friendliness, hospitality, sincerity, honesty.

If someone had those stereotypes about my country I’d be quite pleased!

In ‘When Teams Collide,’ Richard Lewis reminds us that stereotypes don’t come from ‘thin air’. They often disguise a deeper reality. So the term English ‘humour’ covers valid English characteristics of self-deprecation, irony and the use of coded speech.  Japanese politeness disguises the search for ‘saving face’ and harmony.  German direct criticism and occasional focus on negative aspects of performance disguise a real wish to maintain and improve standards. ‘When Teams Collide’ (NB Books), is an excellent book. It is the first port of call for anyone running or part of a multi-cultural team.

Which stereotypes – negative and positive – are true or less true of your own country?

To find out more about SIMON & SIMON’s range of cultural training and language courses including English, French, German and 30+ other languages, and how these could benefit your organisation click here – or call us now, on 020 7821 0999