While all language learning can appear challenging, with the right approach, knowledge, tools and tutors such as those available at SIMON & SIMON , you will find your linguistic journey becomes considerably easier, not to mention effective.

Learning Turkish has some definite advantages over other languages to make it comparably easier than others, and an excellent choice if you are looking to learn a new language.

The Turkish alphabet is written in the Latin script, just like the English alphabet. It is also a phonetically written language for the most part, meaning it is written as it sounds. There are only a few exceptions, and once these exceptions are memorised, you will be well on your way to reading Turkish. This is a head-start on many other languages, and you will find that your confidence builds. When you hear a new word you may be able to envision how it is spelled, giving you the confidence to use it.

You already know a lot of Turkish words.

Surprisingly, when learning the Turkish language you may start out with a broad base of identifiable words. Turkish shares a broad range of words with many European languages including English, French, Italian and Greek as well as with the Arabic language. The language also has a German influence, manifesting in the use of umlauts. That said, vocabulary is probably the main challenge with Turkish as apart from these ‘shared’ words, the words look nothing like English. That said, we will guide you through in a fun and memorable way.

Get your head around the grammar

Turkish has some easier grammar rules for Anglophones as compared to German and French in that it has no articles and no gender assigned to words (think the ‘le/la’ of French and the ‘der/die/das’ of German) so it is more similar to English in that regard.

Turkish uses suffixes extensively. The meaning of prepositions, personal pronouns and tenses are all altered by adding suffixes to word roots (an English suffix would be like ‘-ed’ added to a verb to indicate the past tense). Once you can identify the suffixes and their meaning, you will see them repeated again and again and be able to use them easily.

Vowel harmony is the process of determining which vowel should be used in certain words and in certain suffixes. Vowels follow a specific pattern, so once you have the pattern learnt, your vowel harmony should be impeccable.

Another aspect of Turkish which learners find helpful is that each letter of the alphabet has only a single way it can be pronounced. This is considerably easier than English, when you consider all the ‘silent’ letters (such as ‘know’) and changes to some letters depending on the word or letter placement (think soft and hard ‘G’ – prodigal vs prodigy).

Turkish has many accessible and straightforward elements, however if you have no background in Turkish it would be very challenging indeed. There is no better way to learn a language than direct tutelage with an experienced trainer, whether that is in a one-to-one or group setting. This is because any learning, but especially that of learning a new language, triggers many questions in the learner and therefore progress can become stunted with self-learning. Learning Turkish online will give you a decent grasp of the basics.

If you are looking to get beyond the basics, submit an enquiry with us today. 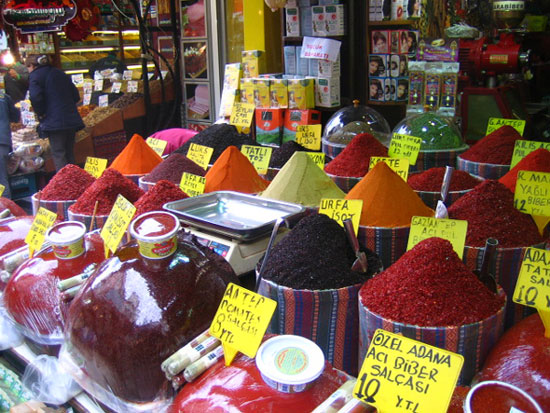