Spanish is a truly global romance language – it is evocative, passionate and colourful and connects countries and their cultures all over the world. Due to Spain’s colonial history, it has become the predominant language in numerous countries in Central and South America, as well as in Spain itself. It is even spoken in the Philippines and Equatorial Guinea, as well as the Spanish Canary Islands off the coast of Africa.

Castilian Spanish is the language we think of as ‘Spanish’ around the world. It is the primary language spoken in Spain and in many Latin American countries, and it is the main language of Spanish cinema and television. However, Spain has several other less well-travelled regional languages that we should mention before we get into the differences between different Spanish dialects.

The four main regional languages in Spain are Catalan and Valencian (both similar to each other), Galician (which is mutually intelligible with Portuguese), and Basque (which is also spoken across the Spanish border into adjacent parts of France). Most of these are romance languages and so share some degree of similarity to Castilian Spanish, but Basque is an outlier (and its origins are a bit of a mystery!).

If you learn Castilian (or Latin American) Spanish, you may recognise some elements of Catalan, Valencian and Galician – but probably not enough to make sense of the language without a fair degree of additional practice. And it therefore stands to reason that Castilian Spanish is more likely to evolve differently to Latin American Spanish over time due to the influence of Spain’s local regional languages.

Español! The Language of Latin America

The term ‘Spanish’ has the potential to confuse people, especially when you realise that Spain has more than one significant local language. However, what we are all referring to when we say ‘Spanish’ is the same language, Castilian Spanish. The Latin American version of Spanish originated in the Castile region too, but it has naturally evolved a little in the past few hundred years as a result of the local native languages that existed across Latin America before the arrival of Europeans.

In Latin American countries, the local form of Spanish is generally referred to as ‘español’, which simply means ‘Spanish’ – but the people of Spain tend not to use the same term locally because of the many different regional languages of Spain. Latin American countries only have the one Spanish language, so they simply call it español – and this term is commonly understood to mean ‘Spanish’ around the world.

Looking for Differences in Practical, Everyday Language Use

Fortunately for language learners worldwide, Castilian Spanish and Latin American Spanish are mutually intelligible (so the familiar term ‘español’ can describe both ‘versions’ perfectly well too). Accents and local terminology may trip you up at first, but overall you can expect to adjust quickly if you are used to the Spanish of one country and then find yourself in a different Spanish-speaking country.

As we found when we looked into the differences between different Portuguese dialects, the fundamentals of the language have stayed the same – it is the small differences that distinguish between Castilian and Latin American Spanish, and sometimes these can vary by country and region too (so arguably each Spanish-speaking country has its own subtle variation on Castilian Spanish!). For example, the word for ‘car’ in Spain is ‘coche’, but the word for ‘car’ in southern Latin American countries is ‘auto’, while northern Latin American countries tend to prefer ‘carro’. And you can also find ‘coche’ used in regional areas of Latin America, so local variations will always evolve (perhaps more so now, with the global nature of the way we share culture such as TV and film, and communicate on the internet).

Local slang terms will also arise outside of the more formal evolution of a language, and that is something we already see with the differences between UK, US and Australian English (and other versions of English around the world). And yet in much the same way that we know what is happening when we watch Neighbours, Friends or any Hollywood movie, we can make sense of different forms of a new language as we grow our confidence and competence through practice and experience.

Learning Spanish presents an amazing opportunity to connect to a land of romance, complexity and beauty – and that is just Spain! The Spanish-speaking world is an extension of this richness and diversity – and if you are looking to do business in Central or South America, Spanish is the number-one language to help you turn the dial towards business success in London and across the UK.

If you would like to find out more about the Spanish language-learning training we provide, please do contact us today. And if you are still trying to decide if Spanish is the language for you, check out the Spanish article in our ‘Focus on…’ series. 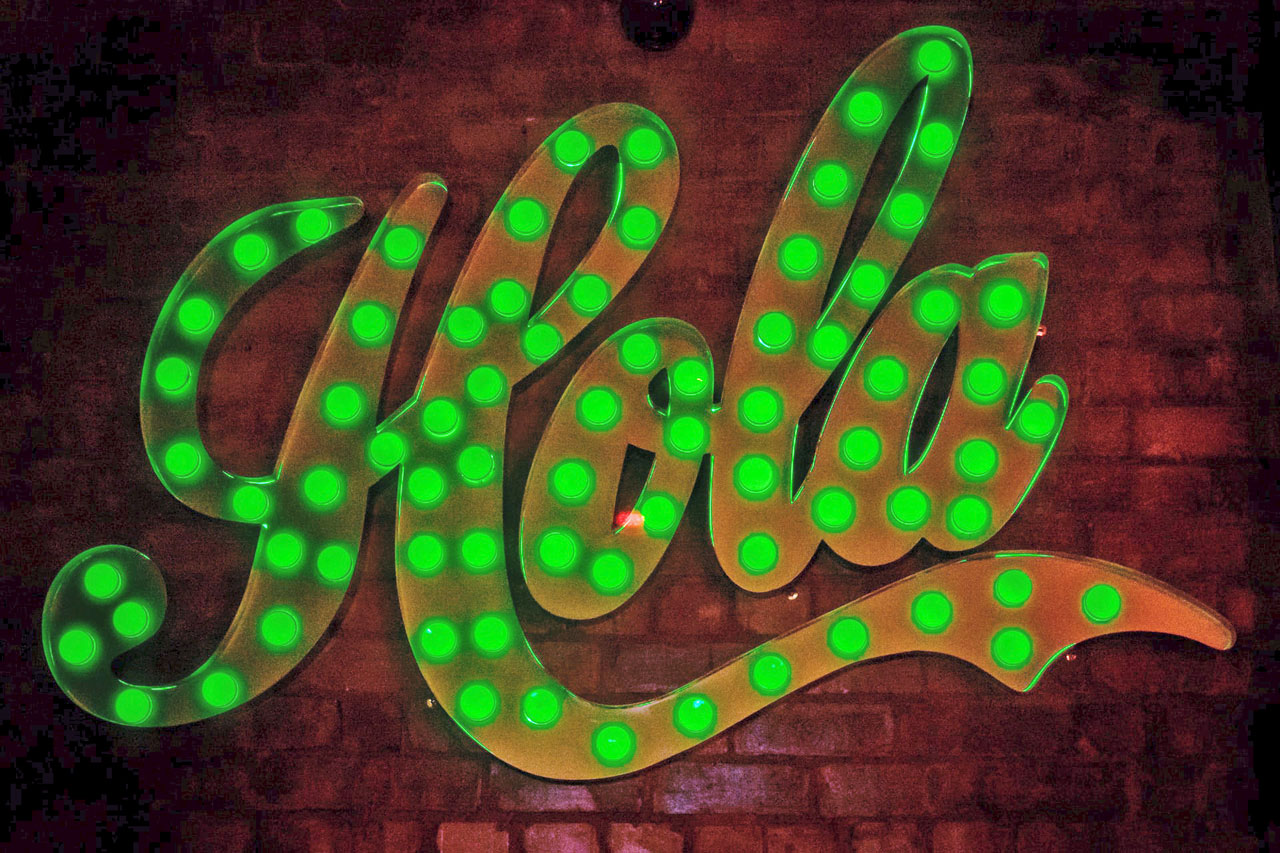