Knowing Your Hoe From Your Who Part 1: A History of Dutch

Dutch has been a popular language choice for learners this year, so one of our teachers, Vera dives a little deeper into learning the language of one of our European neighbours.

In this article, Vera explores the history of Dutch. Next week, she will cover a few tips for learning Dutch.

Why would anyone want to learn Dutch? Why indeed? Don’t all native speakers of Dutch speak fluent English and other languages? Er, not necessarily. It depends on factors such as age group and background.

Some of my students with Dutch or Flemish partners also tell me that no, their in-laws do not really speak English and as it is hard to communicate they resolve to learn Dutch. To them, it is a matter of showing respect to their relatives.

In a corporate context too, business relations in the Netherlands and Belgium tend to be pleasantly surprised and hugely appreciative when their contacts from Britain show an interest in learning and using Dutch.

So, if you have business relations in both the Netherlands and Belgium, does it get complicated with different accents and regionalisms? Well, it doesn’t need to.

One of my students had clients in several parts of the Netherlands. In the south, they had said, “If you are going to learn Dutch, we do not want to hear a hard, throaty ‘g’!”

Many people associate the throaty sound like the ‘ch’ in the Scottish ‘loch’ with Dutch even without speaking the language. What to do? “Take your cue from your clients,” was my advice.  “Adapt your ‘g’ to whoever you are speaking to.”

How Widely is Dutch Spoken?

Contrary to popular belief, Dutch is not really a minority language.  It is spoken by 24 million (2018) native speakers in the Netherlands and Flanders, the Dutch-speaking part of Belgium.

In addition, it is still an official administrative language in the Netherlands’ former colony Suriname, where over 60% of the population speak it as a native tongue.

The Dutch Antilles, still part of the Kingdom of the Netherlands, have some 7% native speakers of Dutch, whereas Indonesia, as a former Dutch colony, has a minority of Dutch speakers left. Dutch is also widely studied by law students in Indonesia due to the prevalence of Dutch legal texts.

Dutch is taught at universities in 40 countries. It is studied by 15,000 students worldwide. The largest numbers of Dutch Studies faculties are based in Germany (30), France (20) and the United Kingdom (5).

Where Does the Dutch Language Come From?

From the 13th century onwards the Flemish and Brabant dialects played an important role in the Dutch-language area. The Flemish towns of Bruges, Ypres and Ghent wielded enormous political and economic power and the works of Jacob van Maerlant (1225 – after 1291), ‘the father of all Dutch poets’, established the literary supremacy of the southern Netherlands in that era.

The origins of standardised modern Dutch conventionally date back to the last quarter of the 15th century.

Standardisation gathered pace after the fall of Antwerp to the Spanish army in 1585. This was followed by a ‘brain drain’ from the south to the north of the Netherlands, which had declared its independence.

The urban dialect of the Antwerp refugees exerted an influence on the dialect of the province of Holland and helped shape the modern language. The seventeenth century became the northern Netherlands’ Golden Age of trading and literature.

In 1637, the Statenbijbel, a new translation of the Bible into Dutch, proved another major step in the unification of the language, as it had been a collaboration of translators from northern and southern areas of the Netherlands.

Dutch Makes Its Mark on Other Languages

Of course, the Dutch language has borrowed freely from its neighbouring tongues. The proximity of Dutch to three powerful neighbours – France, Germany and Britain – and the Netherlands’ colonial past and historical trading relations as a major sea-faring nation, combined with the presence of foreign – French, Spanish and Austrian – armies have all left traces in its vocabulary.

In turn, Dutch has lent a fair number of words to English, French, German, Italian, Spanish, Russian and Japanese!

French and German have borrowed ‘matelot’ and ‘Matrose’ respectively from the Dutch ‘matroos’ (sailor).

Dutch lent words in Italian and Spanish are illustrated by ‘ammarare’ and ‘amarrar’ respectively, which were adopted via the French ‘amarrer’ from Dutch ‘aanmeren’ (to moor).

The visit of Czar Peter the Great to Zaandam in 1697 to study Dutch ship-building introduced several Dutch nautical terms into Russian. Some examples include botsman (‘bootsman’ – boatswain) and yakhta (‘jacht’, yacht).

How did Dutch travel as far as Japan? From 1639 until 1853, the Dutch were the only Europeans to have direct contact with the Japanese. Scientific books were translated into Japanese via Dutch. ‘Mesu’ (‘mes’, knife) and supoitu (‘spuit’, syringe) are but two of a list of Dutch lent words in Japanese.

This article was written by Vera Goossens who has an MA in Dutch-English-Russian translation & interpreting along with a teaching diploma and TEFL. She also has an MA in Leisure and Tourism.

Check out  the second part of this article where Vera gives a few of her tips for making remembering Dutch easier, such as how ‘hoe’ does not mean ‘who’ despite sounding similar…

Whether your organisation is planning to shift to the Netherlands, or you’re hoping to work with a new Dutch team, click here to get in touch. Our Account Managers will discuss your requirements and help craft a Dutch language course for you with teachers like Vera. 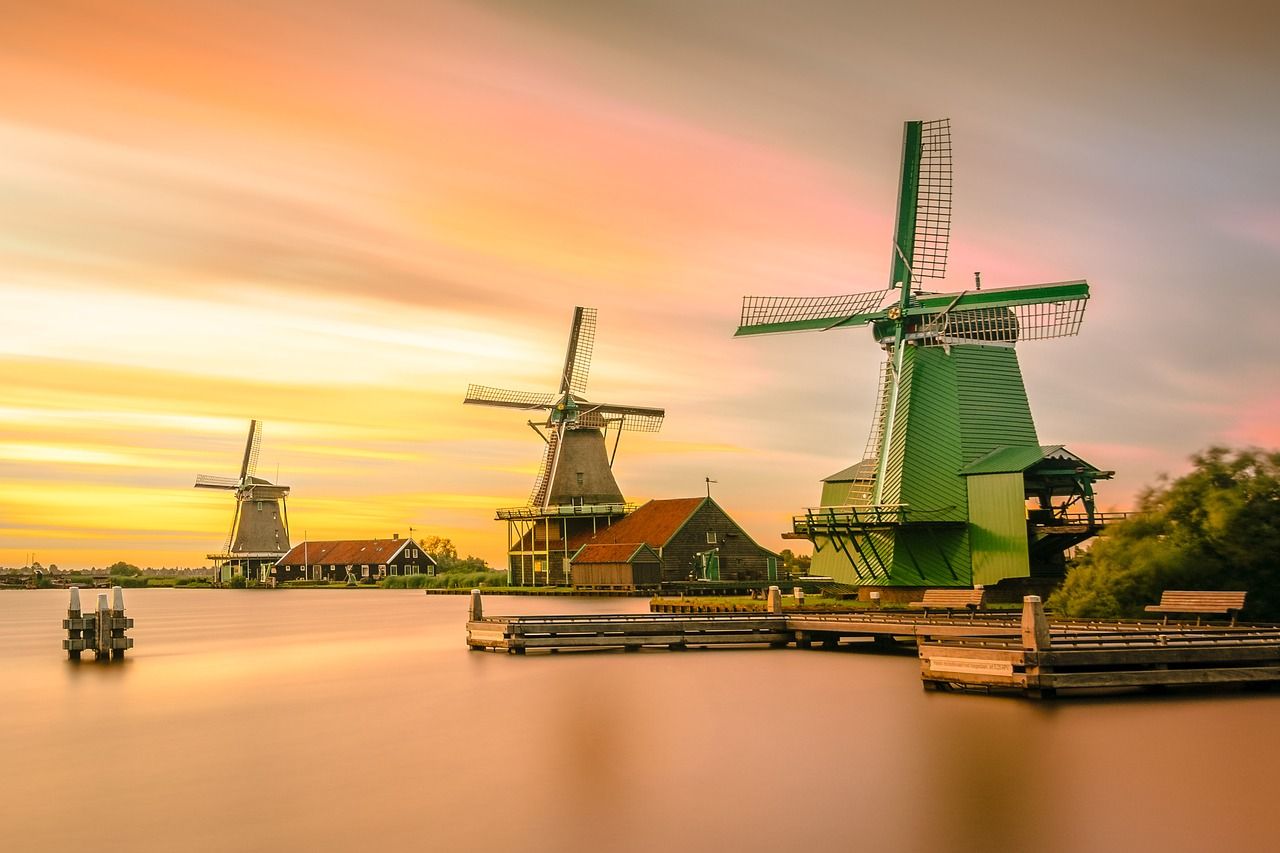