10 Must Know Colloquials When Learning English

The English language is a complex language to learn to start with, but it only reaches a new level of trickery when you begin to come across the plethora of idioms and colloquial expressions embedded within its lexicon.

Amazingly, even native speakers can become confused by typical colloquial English phrases – and it’s all to do with their regional origins. Split into the North, South, East and West, different counties house different expressions based on their cultures, histories, migrations and even their socio-economic backgrounds.

For example, the phrase “where there’s muck there’s brass”, meaning hard work pays off, is an expression that you’d hear only in the North because it originates from the North’s industrial mining history. Thus the phrase refers to the arduous work miners would have to do to dig through mud and eventually be rewarded in ores.

In the South meanwhile you might encounter someone giving someone else the straight tip, which means they’re speaking plainly, or in other words: Bluntly. It’s unlikely you’d hear this outside of the South and the reason for that is the South’s historical culture of education. Because London is in the South it has always been viewed as a centrepoint for education due to being the home of Eton college, Oxford and Cambridge universities and of course the political hub of Westminster. Thus, the straight tip refers to the tip of a pen (or previously, a quill) and thus – the bluntest part of the instrument.

Thankfully there are common colloquialisms which can be used and understood no matter which region of England you are in, and we’ve listed those below!

What is a colloquial phrase?

Before we begin it’s best to define what we mean by a colloquial phrase. The word “colloquialism” is derived from the Latin word colloquium, which translates to “conference” or “conversation”.

Colloquialisms are mostly geographic in nature – they feature in every language – and usually belong to specific regional or local dialects. Colloquialisms can be contracted words or informal phrases, so therefore a colloquial phrase is an informal expression of speech used in everyday conversation.

Colloquial phrases can be complex to understand because the words involved in the phrase disassociate from their literal meaning and become almost metaphorical sayings, making them hard to follow if you’re a non-native speaker or originate outside of their geographical area.

Some words are only specific to England, too! Find out what they are here.

What are some common British colloquial phrases?

As we defined earlier, although there are many variations of English colloquial phrases depending on their geographical location, there are also some common ones that can be understood no matter where you’re travelling, living or working in the country,

Below are the top 10 you’re likely to encounter in everyday life.

This confusing phrase has absolutely nothing to do with your family history! Instead it’s the English colloquial equivalent of “Et Voila!” or “There you go!”.

The expression is commonly used when a conclusion or a result is reached after following some form of process. For example, “Print off two more copies of that paperwork and Bob’s your Uncle!” (Or, depending on which region you’re in, Fanny or Nellie’s your Aunt – both variations of the expression mean the same thing.)

If you ever hear a piece of work referred to as a bodge job, brace yourself! To refer to something as a “bodge job” means that the work is of poor quality or craftmanship and will need repairing or redoing.

Commonly “bodge jobs” are encountered in the trades, for example painting, plumbing or decorating. This is because the phrase has origins in Buckinghamshire, once the furniture making heart of Britain where bodgers (skilled wood-turners) were employed.

The phrase may appear as “Their previous project was a bodge job” in everyday business conversation.

Whatever your name for potato snacks that commonly accompany fast food, the meaning behind this expression doesn’t variate too wildly. If something is “cheap as chips”, it’s inexpensive. The origin of this phrase is thought to be related to the favoured British cuisine of fish and chips (which used to be a cheaper dinner option).

For example, “That new monitor was as cheap as chips.”

In England, the word “chuffed” acts as a colloquialism for happiness. If someone is chuffed, they’re happy or pleased with themselves. So the colloquial expression “chuffed to bits” simply means that they’re extremely happy or pleased.

An example in an everyday conversation could be “We signed that new client and I’m chuffed to bits about it”.

If something’s going pear shaped, it doesn’t mean it’s about to turn into a pear or even sprout a narrow waistline. Instead, it means that something has gone badly.

The association with pears is thought to be because of the shape of a pear, which is often unbalanced and mismatched when compared to other fruits.

When used in speech, it will just appear as “Well, that project’s gone pear shaped”.

This colloquial expression directly relates to the English currency, which is why to non-native speakers it may appear particularly confusing. In English currency, pounds are worth more than pennies and so this expression translates to saving money where you can in order to possess more of it.

In a business setting, the phrase may be spoken as “If we cut down our ink supply, we can look after the pennies whilst the pounds look after themselves”. In this example it would mean that by a company cost saving on ink, they would save the bigger expense of a new printer.

No, this saying has nothing to do with Mickey Mouse, although perhaps it may have origins in his playfulness! If someone is taking the mickey, they are making fun of someone else or a situation, although usually in an inoffensive manner.

Taking the Mickey can sometimes be replaced with “Taking the biscuit” but the expressions mean the exact same thing.

In everyday speech, the phrase may come across as “That supplier was really taking the mickey” which would perhaps imply that they were making a foolish offer.

8.   Throw a cat among the pigeons

Don’t worry, this isn’t some type of English tradition and no cats are harmed! Throwing a cat among the pigeons simply means to cause a disturbance which is often negative or troublesome.

It’s not clear where this one originates from, only that it makes sense in theory!

An example of the phrase appearing in modern day speech could be “She left for a competitor, and that really threw a cat among the pigeons.”

Just like throwing the cat, this expression has little to do with actually visiting someone about an animal! Seeing a man about a dog (or horse, depending on which region you are in) means to excuse yourself and leave.

Incredibly, this expression is multi purposeful. Whilst it can be used as a way of absence, it can also be used to conceal the true purpose of a departure, such as attending the bathroom!

In everyday speech the expression will commonly appear alone, for example “Is that the time? I need to go and see a man about a dog.”

If you hear this phrase, don’t worry about looking for a spanner! If there’s a spanner in the works it means that something has disrupted the planned or natural order of events.

This expression gets its meaning from the spanner tool being inserted into intricate pipework, which is bound to cause some mayhem.

An example of this colloquial expression appearing in everyday chatter could be “They changed their mind on the project management team midway through, and that threw a spanner in the works”.

Hopefully this list helps to make things clearer when encountering everyday conversations in England! Unfortunately English is a tricky language to get to grips with, so if you need more resources you can:

Alternatively if you’d like to upskill yours, or your team’s English skills you can contact us today. All of our language course packages can be bespokely designed to fit your requirements, and you can learn online or we can travel to your place of work for the utmost convenience. 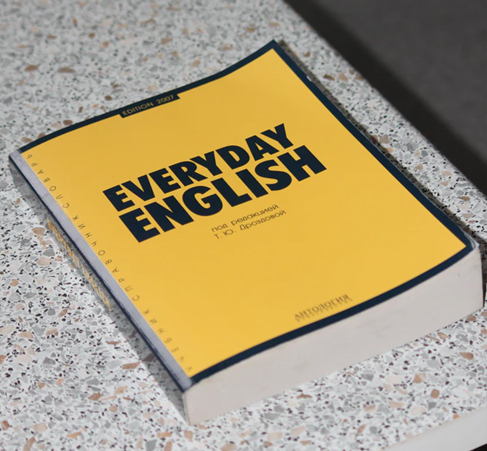