When you are planning ahead for the new year, it can be helpful to think around the cultural, religious and community-focused events that might affect your schedule. This can be an especially useful exercise when you are doing business with overseas communities that may be busily observing a week-long festival when you were intending to set up a meeting or office visit (such as Chinese New Year, which definitely does not correlate to our New Year’s Eve!).

Here we summarise some of the key global events in the 2020 calendar that you might want to note in your diaries. And every month in 2020, we will share an in-depth guide to the month’s events as a useful reminder of what lies ahead. 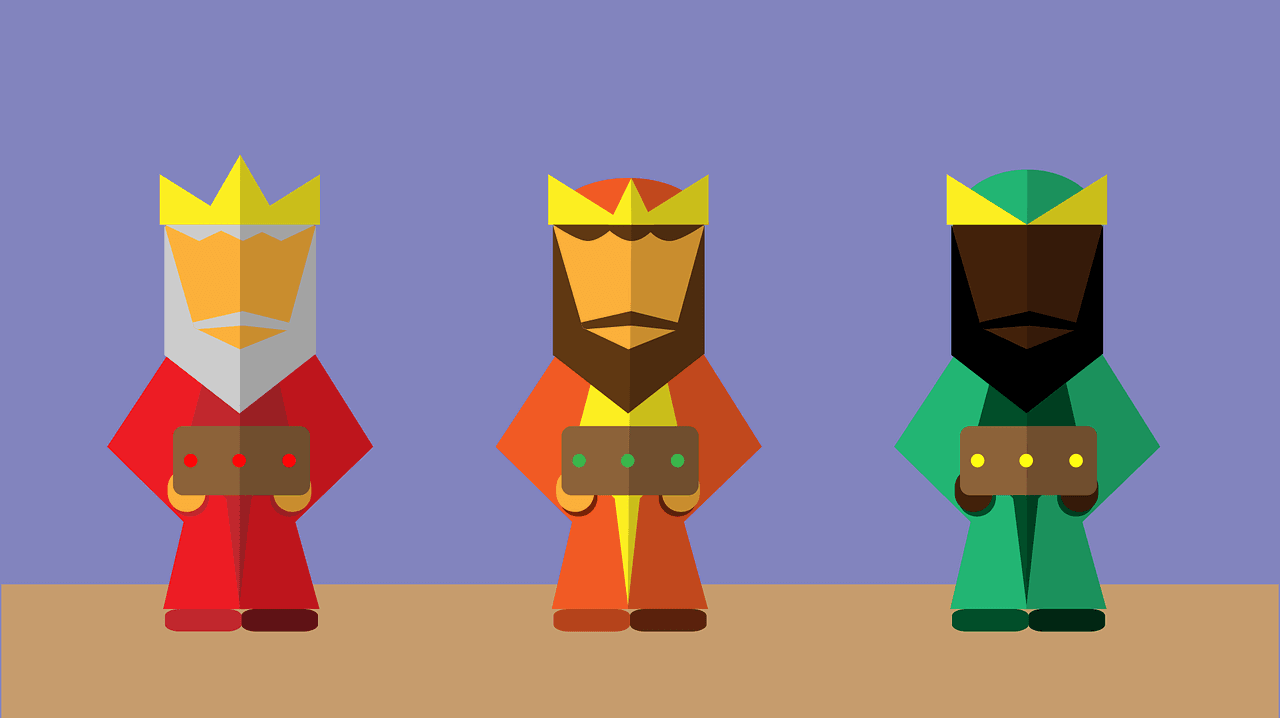 A day for people to set their intentions for the year – or perhaps just recover from the night before – this is also a day when you can guarantee everyone will be out of the office in the UK (and many places around the world).

Three Kings’ Day (known as ‘Día de Reyes’ in Mexico), or the Feast of the Epiphany, marks 12 days after Christmas when the three kings arrived in Bethlehem to recognise Jesus as the Son of God.

Christmas is celebrated a little later by Coptic and Eastern Orthodox Christians because both religions base their celebration dates around a slightly different calendar.

A celebration of the Scottish poet Robert Burns, Burns Night is an annual evening of haggis and poetry enjoyed by Scots the world over.

This ‘spring’ festival of renewal in China can include days of celebrations, with offices often closed for a week. 2020 is the Chinese Year of the Rat.

The 25th is the start of the Vietnamese new year, which makes the 24th January New Year’s Eve in Vietnam. Tet usually leads to a few days out of the office for Vietnamese office workers. 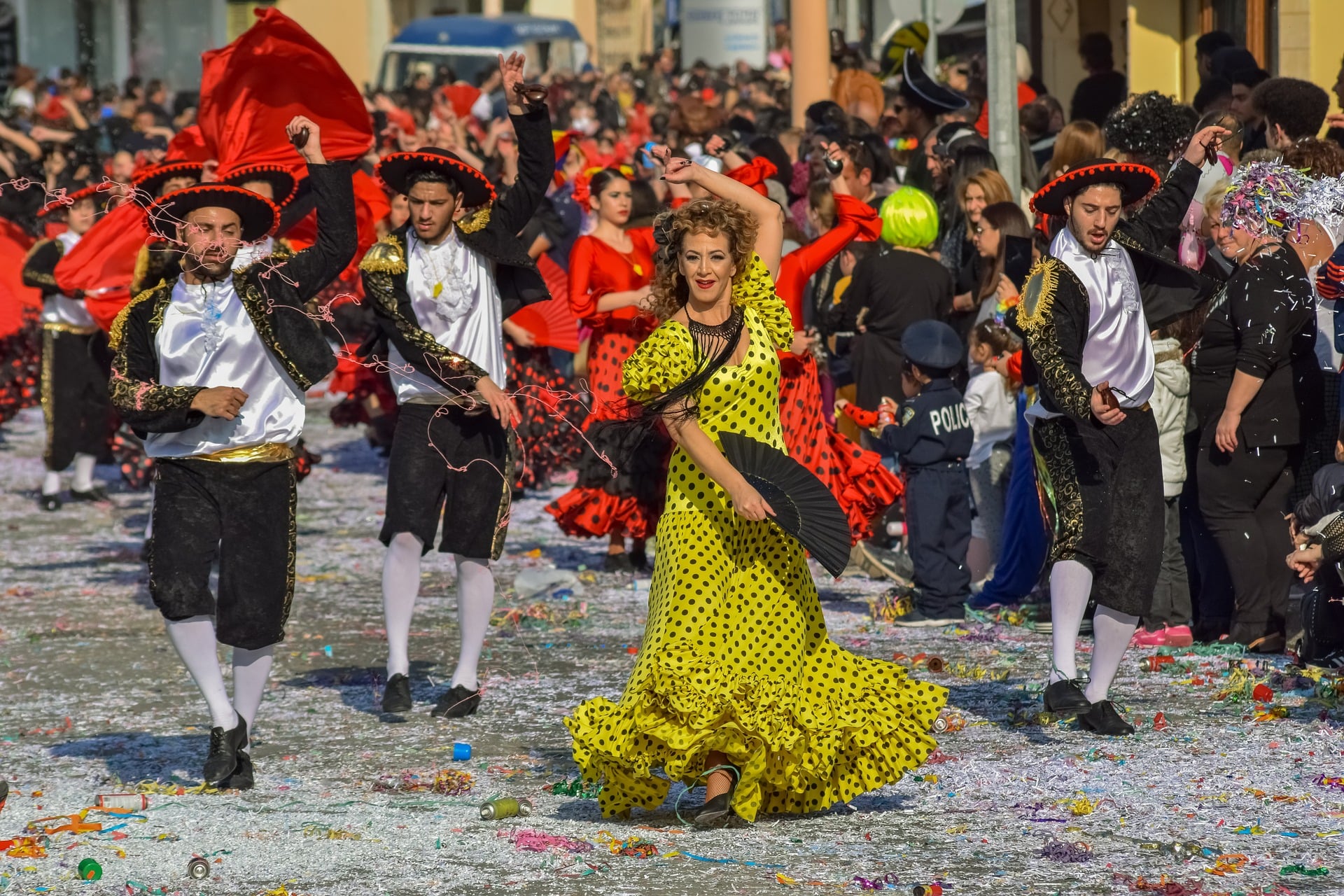 The first official Black History Month took place in the USA in the 1970s. It has also been a fixture on the UK calendar since 1987, and it is now celebrated the world over. Visit the Black History Month website to find out more about events in the UK this February.

For those working with clients in Norway, Mother’s Day is celebrated on the second Sunday in February, which this year is Sunday 9th February.

February is inextricably entwined with Valentine’s Day, a global celebration of love and affection (which is unlikely to intrude into office life beyond the occasional bouquet of flowers – though perhaps some secret admirers might create a stir!).

Buddhists observe the death of the Buddha on this day, when he achieved nirvana (freeing him from physical suffering).

Is your new year’s resolution to learn a language falling a little by the wayside as you settle into the year? If so, this international celebration of all that is wonderful about global language diversity may help to rekindle your enthusiasm. Celebrated on the 21st February, International Mother Language Day has been observed every year since 2000 to promote mother tongues, encourage language diversity, and increase awareness of linguistic and cultural traditions around the world. With a language disappearing every two weeks – often taking many cultural traditions with it – there has never been a more important time to look to understand other languages and cultures.

A public holiday in India, this celebration honours one of the most important Hindu deities, Lord Shiva.

This may be tied into Lent (finishing as it does on Ash Wednesday each year), but it is as much an enormous party as a religious observance. If you are trying to reach your Brazilian colleagues at this time, you might be out of luck – so why not go and join the party!

The first day of Lent, a solemn Christian period of sacrifice and fasting before Easter. The day before is known as Shrove Tuesday, when pancakes are traditionally eaten in Christian countries as a way of using up the ingredients that are not consumed during Lent (such as eggs and sugar).

8 – International Women’s Day. A global day for the recognition of women’s rights.

9–10 – Holi. Hinduism. Celebrated in India and Nepal, this is now recognised globally and is known as the ‘festival of colours’, ‘festival of spring’ or ‘festival of love’.

6 – Mahavir Jayanti. Jainism. The most important holiday in Jainism, this day celebrates the birth of the Jain prophet, Mahavira.

8 – Buddha’s birth. Buddhism. The date can vary year by year and even country by country, but in 2020 the Buddha’s birthday is widely celebrated in April.

8–16 – Passover. Judaism. A Jewish celebration commemorating God’s liberation of the Israelites from slavery in Egypt.

12 – Easter Sunday (or Resurrection Sunday). Christianity. A celebration of the resurrection of Jesus from the dead (after his crucifixion on Good Friday, a public holiday on the 10th April).

19 – Coptic/Orthodox Easter Sunday. Christianity. The Eastern Orthodox churches celebrate Easter a little later than most of us in the West, so expect some of your contacts to turn their focus to Easter later in the month of April (Note: Coptic/Orthodox Good Friday is on the 17th April, accordingly).

22 – Earth Day. A worldwide day of support for environmental protection and preservation.

23 – Ramadan. Islam. The evening of the 23rd April marks the beginning of Ramadan, a month of fasting, prayer and reflection where no water or food is consumed from sunrise to sunset for each day of the month ahead (until Eid al-Fitr).

Cultural Events & Celebrations For May 2020

5 – Cinco de Mayo. Mexico/USA. Commemorates the Mexican defeat of the invading French army in 1862. Cinco de Mayo has also become a cultural celebration of Mexican-American culture in the USA.

7 – Vesak (or Buddha Day). Buddhism. Commemorates the birth, enlightenment and death of the Buddha.

23 – Eid al-Fitr. Islam. Beginning at the first sight of the crescent moon, Eid al-Fitr is a feast that marks the end of Ramadan. 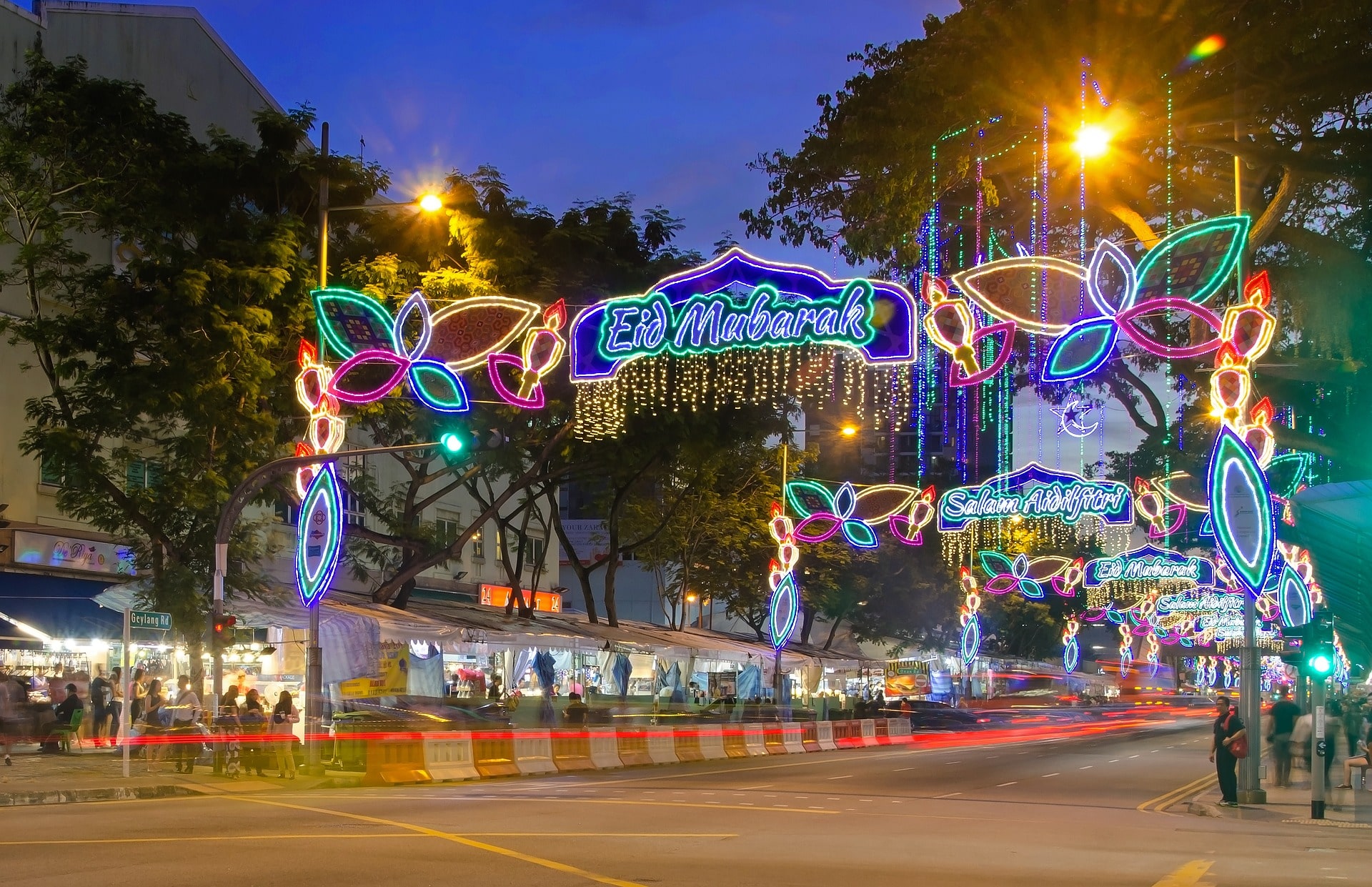 LGBT Pride Month. June has long been recognised as a month for celebrating LGBT Pride coinciding with the anniversary of the Stonewall riots, but Pride events often stretch out across the summer and at different times of the year too.

20 or 21 – Midsummer/Summer Solstice. Christianity/cultural. This day marks the longest day in the Northern Hemisphere (and the shortest day in the Southern Hemisphere, where it is Midwinter). Midsummer celebrations, particularly in northern Europe, usually take place during the period 19–25th June, and these are often more cultural than religious events.

14 – Bastille Day. France. French National Day, as it is otherwise known, marks the anniversary of French unity and commemorates a key turning point in the French Revolution. Expect parades, fireworks and live entertainment – and it is a public holiday, too.

28 – The Hajj annual pilgrimage to Mecca, Saudi Arabia. Islam. A pilgrimage that adult Muslims must carry out at least once in their lifetimes (if able to do so).

30 – 3 August – Eid al-Adha. Islam. This ‘festival of the sacrifice’ is celebrated following the Hajj pilgrimage to Mecca. Starting the evening of the 30th July, this is a four-day festival and is usually a public holiday in Muslim countries, so expect an out-of-office email during this time.

1 – Pachamama Day. Andean South America. In northern Argentina and the Andean region of South America, ‘Mother Earth’ (Pachamama) Day is celebrated – a time for expressing gratitude to Mother Earth for her bounty.

9 – International Day of the World’s Indigenous Peoples. An annual opportunity to raise awareness and protect the rights of indigenous peoples around the world.

16–23 – Paryushana. Jainism. The most important Jain observance, also known as the ‘festival of forgiveness’.

22 – Ganesh Chaturthi. Hinduism. A celebration of the birth of Lord Ganesh, the son of the Hindu Lord Shiva and Goddess Parvati.

18–20 – Rosh Hashanah. Judaism. A celebration of the Jewish New Year.

27–28 – Yom Kippur. Judaism. The holiest day of the Jewish year, this is also known as the Day of Atonement.

1 – Mid-Autumn or Moon Festival. China. This annual celebration is a major event in China and other parts of East Asia. Traditional moon cakes are usually shared as gifts.

4 – World Animal Day. A day to celebrate and campaign for animal rights and welfare around the world. If you are looking for a way to unite your team around a shared cause, this could be a great choice!

28–29 – Mawlid. Islam. A celebration of the Prophet Muhammad’s birth.

30–1(Nov) – Thadingyut. Myanmar/Burma. A public holiday for the festival of lights, marking the end of Buddhist Lenten season in Myanmar/Burma.

31 – Halloween. Christianity. Also known as All Hallows’ Eve or All Saints’ Eve, this popular day for trick-or-treating has a rich history. 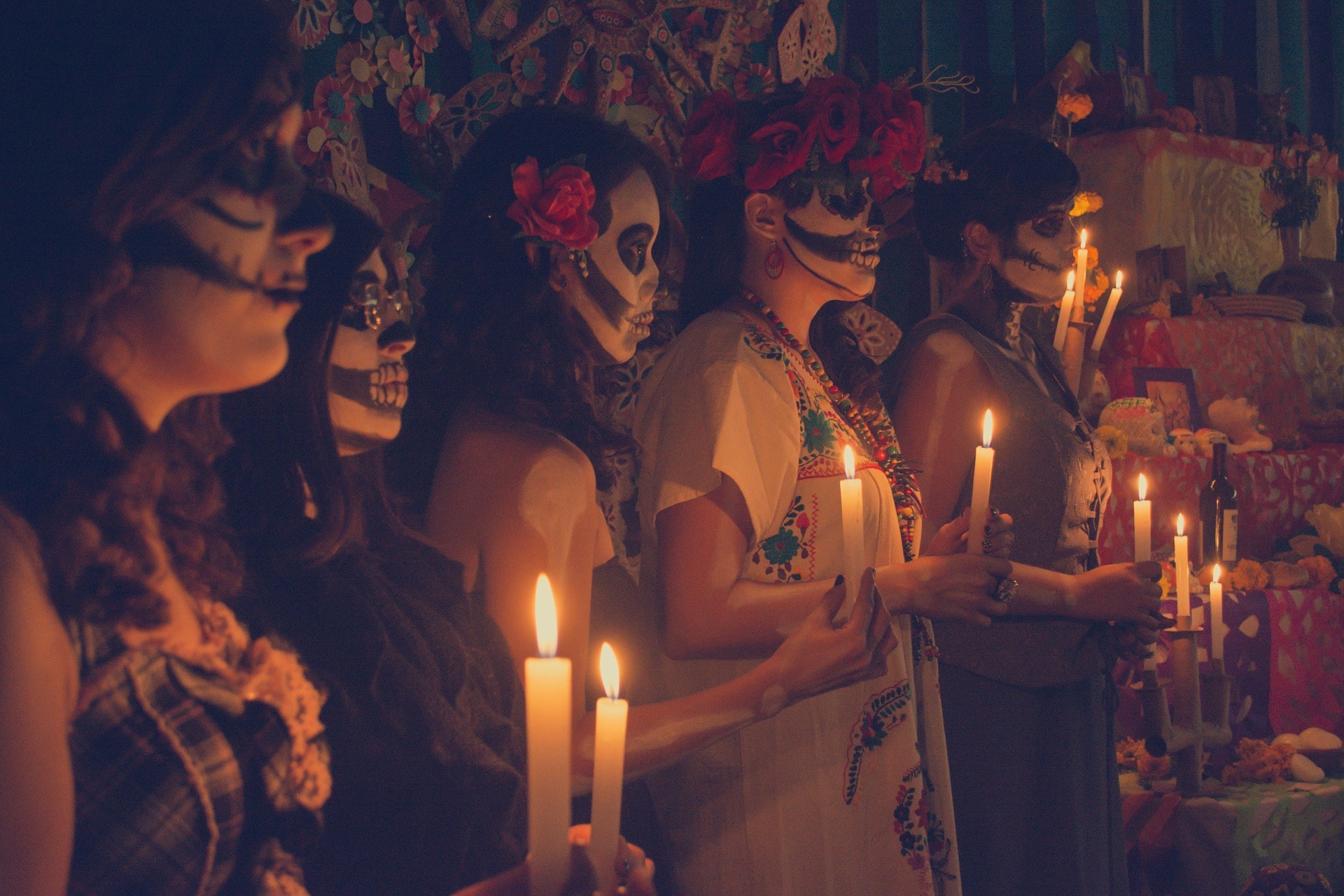 1 – All Saints’ Day. Christianity. Also known as All Hallows’ Day or the Feast of All Saints, this is celebrated by Christian churches around the world.

5 – Guy Fawkes Night. UK. Celebrated in the UK (and some Commonwealth countries, such as Australia, New Zealand and Canada) with fireworks, Guy Fawkes Night remembers when a plot to destroy the House of Lords was foiled. Also known as Bonfire or Fireworks Night.

11 – Remembrance Day. A memorial day for remembering those who died during the First World War and other wars in the line of duty.

14 – Diwali. Hinduism. Diwali, the Hindu festival of lights, is also celebrated by Sikhs, Jains and some Buddhists.

26 – Thanksgiving USA. Rooted in a tradition of giving thanks and sacrifice for the blessing of the harvest, it has become a federal holiday. It is celebrated on the 4th Thursday of the month and the holiday has resulted in one of the biggest shopping days of the year: Black Friday.

28–29 – Tazaungdaing. Myanmar/Burma. A public holiday for the festival marking the end of the rainy season in Myanmar/Burma, an occasion for paying respect to one’s parents and elders.

30 – Guru Nanak Gurpurab Sikhism. One of the most sacred festivals in Sikhism, celebrating of the birth of the founder Guru Nanak.

6 – St Nicholas Day. Christianity. This European celebration gets Christmas off to an early start – indeed, for people in many European countries (such as Poland), Christmas starts here and winds up by Christmas Eve on the 24th! Also known as the Feast of St Nicholas.

8 – Bodhi Day. Buddhism. A contemplative celebration of the Buddha’s enlightenment.

10 – Human Rights Day. A global celebration that commemorates the date that the United Nations General Assembly adopted the Universal Declaration of Human Rights. In a world where human rights are still under threat in some parts of the world, this is a good date for the diary for any global business.

10–18 – Chanukah (or Hanukkah). Judaism. The eight-day Jewish festival of lights.

26 – Kwanzaa. USA. A week-long celebration of African-American culture that originated in the USA in the 1960s.

31 – New Year’s Eve. The night before the new year (at least according to the Gregorian calendar), which is widely celebrated around the world.

We have tried to include as many key dates and events as possible for you here – but please do add a comment if we have missed one that you would like to know more about, so we can include it in our monthly event guide.

We believe that language learning is an exceptional way to learn about the world and bring cultures and communities together – as well as being a crucial tool for developing your global business network.

If you would like to know more about our language learning or cross-cultural training programmes, please contact us today. 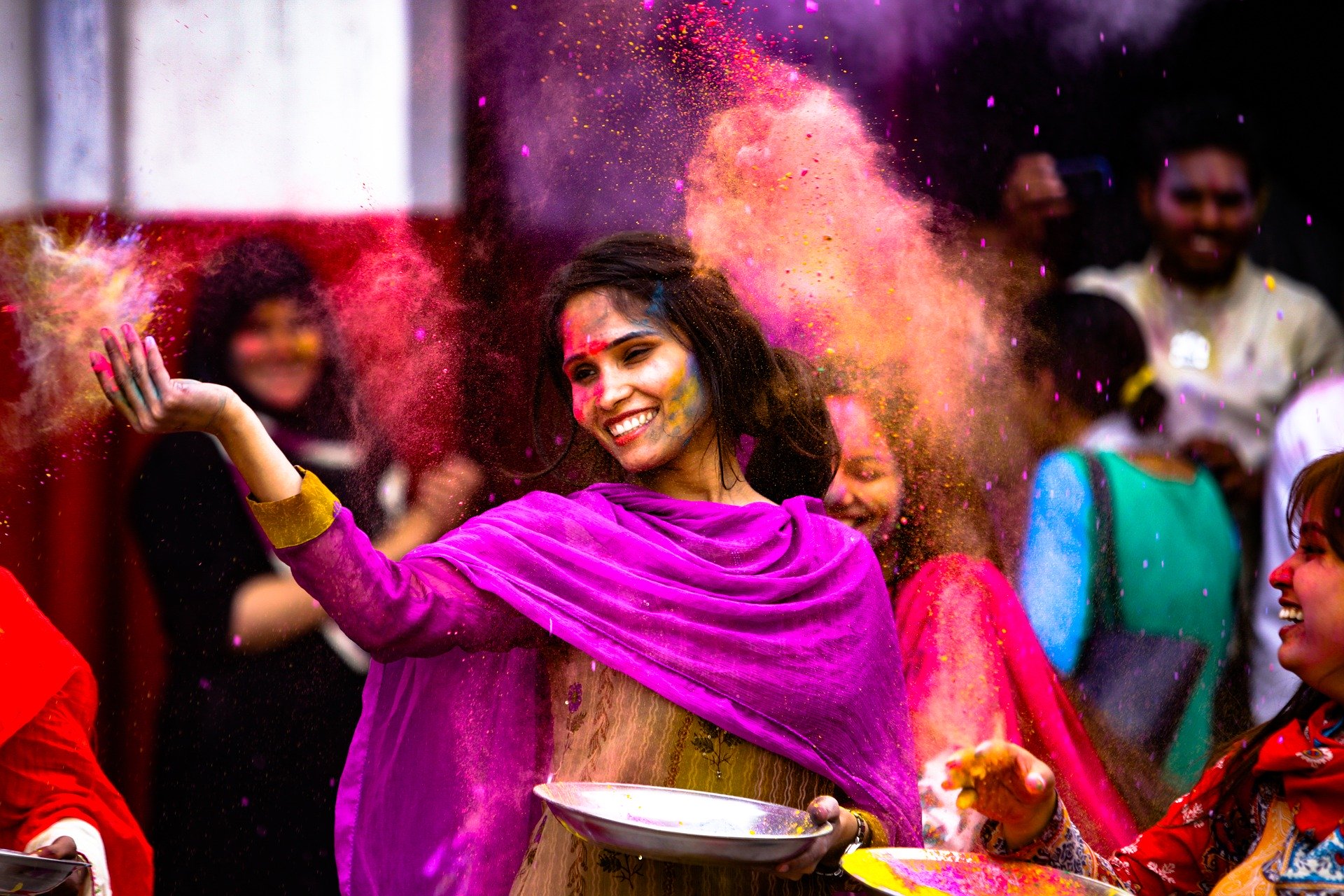 Whether you’re learning a language for the first time or are looking to develop your existing language skills, call SIMON & SIMON today on 020 7821 0999 to discuss the best language training course for you.

Close
We use cookies to ensure that we give you the best experience on our website. If you continue to use this site we will assume that you are happy with it.OkRead more
Call Us