10 Facts About Japanese Language and Culture You Didn’t Know

The island nation Japan may look small on a map, but it punches vastly above its weight in terms of GDP: Japan is the world’s third-largest economy, after the United States and China. In an interesting linguistic twist, its rich cultural history includes a period of isolation that may have preserved its language in place for more than 200 years.

Japan is also a land of beauty, with the iconic cherry blossom season even having its own regional forecasts! Food is never merely piled onto a plate in Japan either; instead, the look, taste and texture of a Japanese meal is carefully considered for maximum taste, style and enjoyment. In this article, join us to find out more about the language and culture of Japan.

Japanese is spoken by people across the world, but it is primarily a native language to its speakers. The number of people who speak Japanese broadly correlates with the Japanese population, although there are Japanese people (or the descendants of Japanese people) living overseas as well, particularly in Brazil, the Unites States (particularly in Hawaii), the Philippines, Canada and China.

While European languages dominate the British Council’s list, Japanese has become a more important language to the UK over the years (increasing from tenth place to ninth in the latest report). We would be unsurprised to see Japanese move further up the list over time, as Japan has a strong trading relationship with the UK (and yet English is not widely spoken in Japan). A little bit of Japanese could go a long way towards future business opportunities! 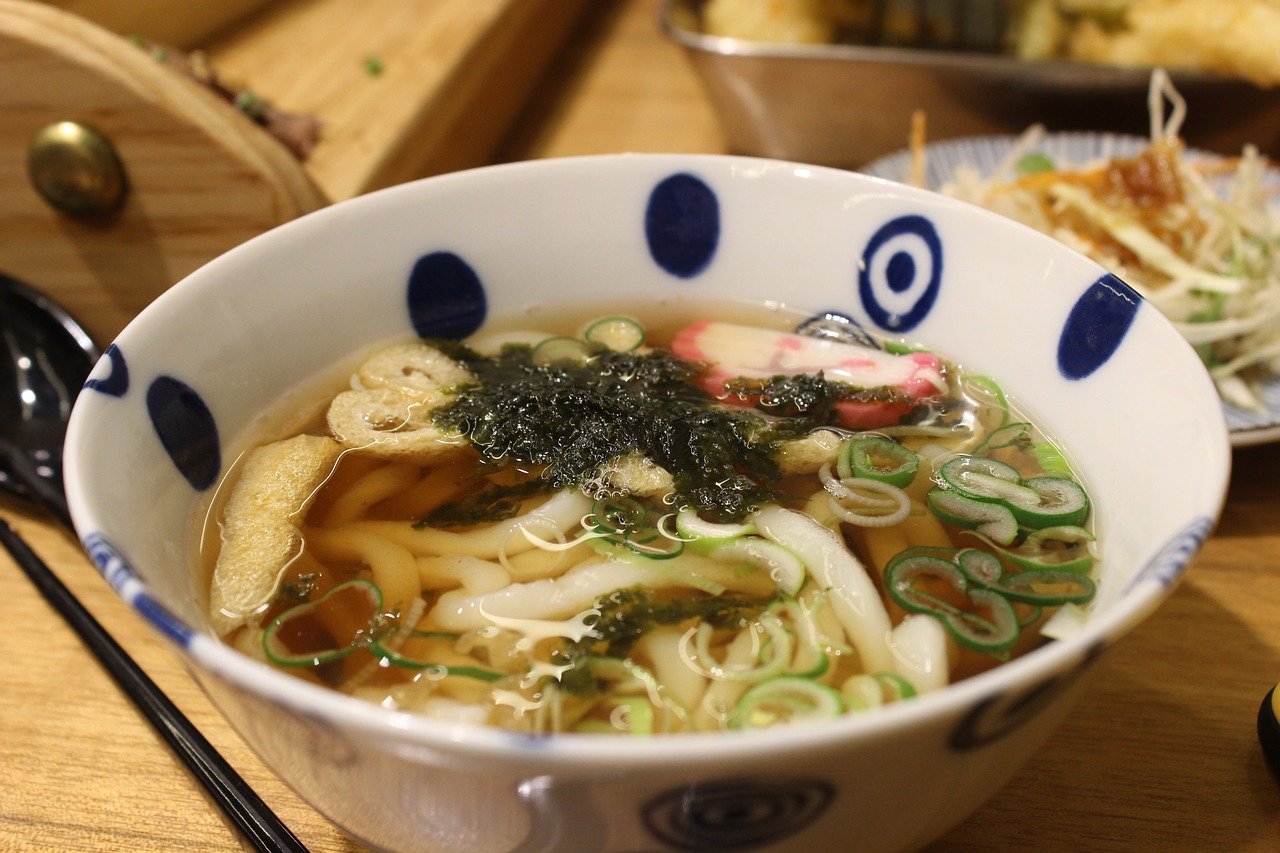 Japanese cuisine is one of the most popular in the world, and also one of the most distinctive. The flavours of wasabi or seaweed deliver an unexpected taste sensation, and the presentation is almost always exceptional. As well as sushi (which might come in chicken and veggie options in addition to traditional fish varieties), you might find a Japanese menu that offers chicken skewers (yakitori), udon or soba noodles, or sashimi (thinly sliced raw fish or meat). Delicately flavoured miso soup completes the meal.

Japanese has adopted a number of English words over time, but some of them have become a little muddled on their way into modern usage. These are ‘wasei-eigo’ words (meaning ‘Japanese-made English’), and while they make sense when in Japan, they become a little unstuck when used in English-speaking countries. For example, a ‘bebii kaa’ is a term for a baby’s pushchair, but ‘baby car’ would not be the recognised English term! Find other examples here, such as ‘gado man’ (guard man) to mean ‘security guard’.

Japanese animation films – often referred to as ‘anime’ – have a distinctive style. The animation is traditionally hand-drawn (though computer-generated animation is becoming more common), and some of the most popular Japanese animations of recent years have been produced by the famous Studio Ghibli (founded in 1985). Studio Ghibli won an Oscar for Spirited Away, one of the highest-grossing anime films of all time, and there is even a Ghibli Museum you can visit in Japan!

If you are looking for a new school holiday favourite, try Ponyo (a retelling of ‘The Little Mermaid’) or My Neighbor Totoro (featuring the Ghibli icon Totoro, who features in the studio’s logo). Older children (and adults) might prefer the darker Spirited Away or Howl’s Moving Castle. 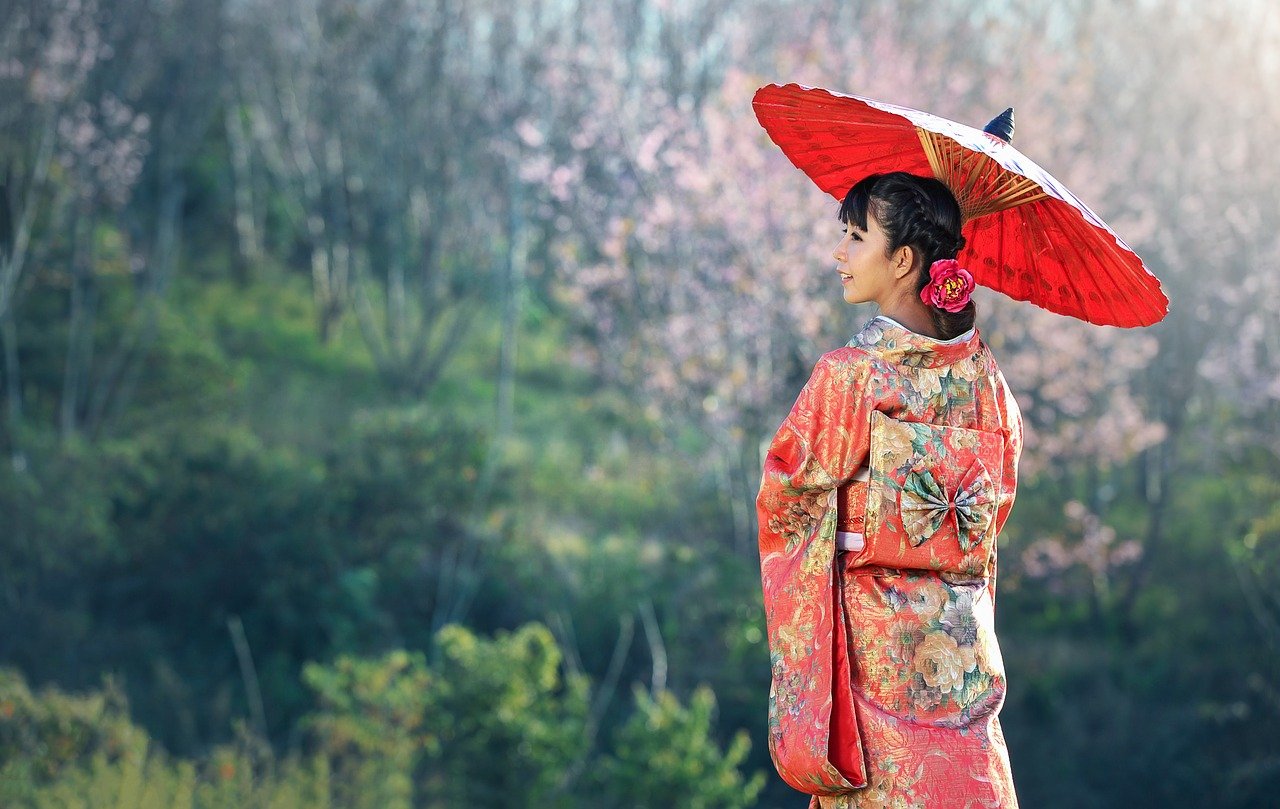 Think ‘Japanese fashion’, and your mind might turn immediately to the kimono, an elegant item of traditional Japanese clothing worn by men and women. However, while they are a significant part of Japan’s cultural history, don’t expect to find people wearing kimono in everyday life – they are more likely to be worn only on special occasions, such as weddings and funerals.

Nowadays, people in Japan tend to wear more western-style clothing, but the kimono holds a special place in Japanese history. To find out more about the history of the kimono, click here.

While countries and cultures evolve through the influence of the peoples, languages and cultures of other nations, there was a time when Japan was relatively cut off from the rest of the world and so without such outside influences. For 220 years, from 1633 to 1853, Japan isolated itself from the rest of the world (the ‘Sakoku’ seclusion policy), in part as a reaction to a preceding civil war. The isolation period was not as complete as intended, however, as the small island Dejima, just off from Nagasaki, became a port for Dutch and Chinese traders.

The rest of Japan remained relatively isolated from the rest of the world, and so the language did not experience as many of the natural evolutions you would normally expect through the intermingling of peoples and cultures. Once Japan reopened itself to the world, however, loanwords from other trading nations began to enter the language again.

One of the reasons that the Japanese language is considered to be important for UK businesses is because the UK has a significant trading relationship with Japan. A recent trade deal has increased confidence in the UK’s future trading relationships overall – especially considering that Japan is the world’s third-largest economy. While Japan only represents a fraction of the trade that the UK currently has with the EU, the Japanese trade deal presented a symbolic opportunity for the UK to show how it might operate in future trade relationships – and the billions of pounds in tariff-free trade open up business opportunities in industries from car-making to technical services. 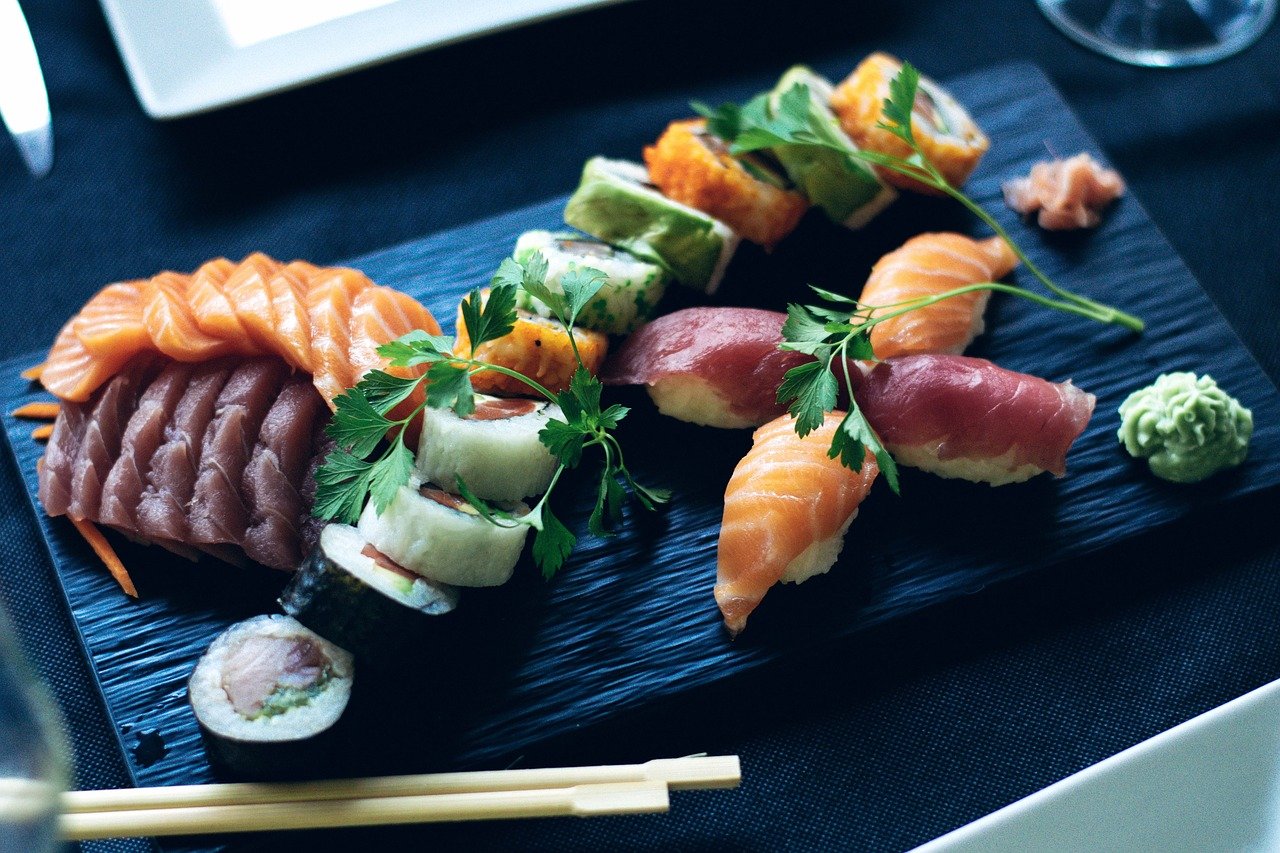 Traditional Japanese cooking emphasises the importance of balance and elegant presentation on your plate. It follows the ‘rule of five’ – five colours (black, white, red, yellow and green), five flavours (sweet, spicy, salty, sour and bitter) and five cooking techniques (raw, grilled, steamed, boiled and fried). Maybe see if you can spot all these elements in your next beautifully crafted dish – or check out some delicious meal suggestions here!

The aforementioned ‘sushi’ and ‘anime’ are not the only words that have made their way from Japanese and into the English language. ‘Karaoke’ loosely translates to ‘empty orchestra’ (and is either the first or the last thing you might want to do while on holiday), while ‘emoji’ (meaning ‘picture character’) is another quirky concept that has been globally embraced. And remember when Sudoku (meaning ‘single number’) puzzles became the next big thing? Now you can find Sudoku number puzzles in magazines, newspapers, online apps… they are as popular as the Sunday crossword!

Introduce Your Team to Japanese Today!

If you believe that learning Japanese may be beneficial for the future of your business, contact us today. We can work with you to develop a bespoke language learning plan to suit your requirements, as well as provide cross-cultural training to help you connect with your overseas colleagues.