A Language Revolution? How English Has Evolved with the Times

English is spoken widely across the world. Arguably, it is the world’s most important language, because it acts as a lingua franca (that is, a common, or bridging, language) that enables people to communicate even when they do not share a native language.

Unsurprisingly, this makes English the so-called ‘global language of business’ – it is the language that businesses use to connect across the globe when they do not have a common native language. Some organisations are even proactively choosing to do business in English as a way of futureproofing themselves against its increased use in business communications.

Of course, we could expand upon the many reasons why learning a second language is another valuable solution when building business relationships in new territories. However, in this article we are instead going to explore how modern English has evolved (and may continue to evolve) alongside advances in science and industry.

A brief history of English

First, a quick recap. If the evolution of the English language feels like a familiar topic, it might be because the topic of language change was on our minds a few months ago. At the time, we explored the degrees of change that English has experienced over time, from the longer-term developments that took us from Old English to Middle, Modern and Late Modern English, to the shorter-term changes that we have seen happen almost instantly in our lifetimes. Such familiar short-term changes include adding new words or word meanings to the English language, which are often coined through sociocultural changes – words such as crowdsourcing, fracking, mansplaining or selfie.

We also took some time to consider how English managed to become the number one language in the world and the global language of business. The answer was a heady cocktail of European languages, British colonialism, and America’s post-war business and cultural boom. Technology then helped to seal the deal, and English is now the most dominant language used to access online content.

However, there is more to the tale of the English language, and this coincided with rapid advances in science, industry and technology in the Late Modern English era.

The Industrial Revolution of the late 18th and early 19th centuries left the language of the time ill-equipped to describe the amazing new inventions, machinery and manufacturing processes that were helping to make life easier. As a result, new words entered the language at a time of growing economic and global success for Great Britain, meaning that this fast-evolving version of English was the one that was shared widely through Britain’s colonial trading network.

The world often discovered these new advances through an existing understanding of the English language – many of the key scientific and technological discoveries of the time were written about in English and shared by English-speaking people. Steamships and trains made travel accessible to the many people favoured by successful investments in manufacturing and industry. Great literature was shared more easily through industrial-sized printing presses, so new ideas (and new words) entered the world and spread quickly (although nothing like as fast as a viral tweet on Twitter!).

In many ways, this sense of rapid change – so phenomenal in its first incarnation – has become the new normal. As technological advances have continued, the world has witnessed what was then thought of as the second and third industrial revolutions (the emergence of electricity, gas and oil, and then nuclear energy, computers and electronics). The current fourth revolution, often called Industry 4.0, is taking us on another leap forward, with the internet, smart technology, automation, 3D printing, machine learning and artificial intelligence integrating to improve our world and deliver futureproof solutions to the problems of our industrial past (such as pollution, inefficient transport and distribution systems, cybersecurity threats, and sustainable energy supply).

New words and new meanings have appeared in flurries at each stage of industrial revolution. Today, these new words and meanings are shared widely (and quickly) online. Even word functions have evolved. For example, verbs increasingly appear as nouns – Google has become ‘to Google’ (so, when searching for something on Google’s search engine, you ‘Google’ it), and a sequence has evolved into ‘to sequence’ (as in ‘to sequence a human genome’).

You can even reverse this trend and create a noun from a verb – have you ever heard someone in the office speak of a ‘fail’ when something has gone wrong?

The English language has had its own linguistic revolution as a result of advances in science, industry and technology, as well as trends in business and cultural shifts. New words, new meanings and new ideas have appeared to help counterbalance the weight of these advances and to describe and explain them fully. Considering the rate of technological change that we can trace since the 18th century – let alone from year to year in this century – the English language has plenty of scope to evolve and grow alongside the myriad of advances yet to come.

The future of the English language

How easy is it to predict what the future will look like? The short answer may be ‘not very’, but some patterns do seem to suggest that language would still look familiar if we were to peek ahead into the future. For example, new portmanteau words (where parts or aspects of words are combined to form new and related words, such as motel, brunch, podcast and smog) help make sense of cultural and societal shifts (recent additions include gastropub, flexitarian, dramedy and phablet).

Portmanteau words may seem familiar because they often inspire marketers and famous brands (consider ‘Groupon’ and ‘Pinterest’). It is easy to see why these words work so well, because they are instantly relatable and understandable. Even if you had never heard the word ‘brunch’ before, an 11am invite might help you work out that you were being invited to a variation on breakfast and lunch!

In the future, the English language may seem more similar than we expect. Perhaps words will evolve in familiar, hybridised ways to create clusters of related or compound words, or maybe we will take lessons from the approach of the scientists of the first Industrial Revolution (who referred heavily back to Latin and Greek for inspiration when creating new words like electron, nucleus and vaccine).

Equally, some new words may enter the wider dictionary because they arise locally or regionally. For example, ‘spruik’ (meaning to make a promotional speech or rant), entered the Oxford English Dictionary this year even though it is primarily used informally in Australia (so it may not mean as much elsewhere – but who knows if this may change in future?).

Keep On Top of The Latest Evolution in English

The flexibility of the English language has made it possible for some words to shift into new forms and meanings, while others may be revived or adapted from history. However the English language evolves, keeping on top of current trends in business English and cross-cultural training can help your business progress and thrive.

Contact us today to find out how we can help you future-proof your business’s language skills. 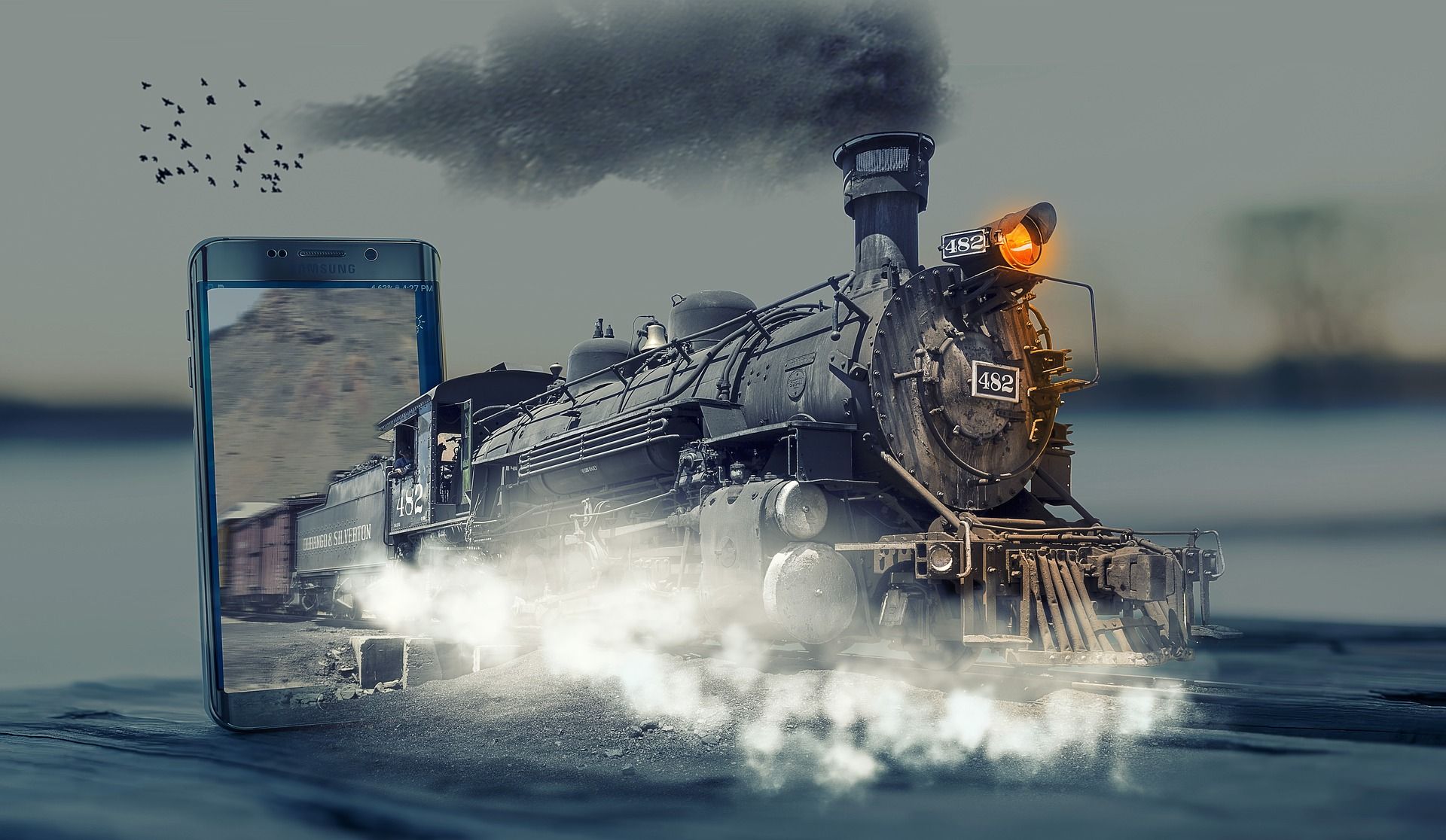 Article Name
The Past, Present & Future Of The English Language
Description
A deep dive into what has made the English language so popular and how it has evolved over time.
Author
SIMON & SIMON Team
Publisher Name
SIMON & SIMON International
Publisher Logo