Why do different cultures clash from time to time? It’s all a matter of PERCEPTION. It’s not about what you are like. It’s what I think you are like. The problem is that this perception is probably historical and not up to date. It is only a collection of perpetuated stereotypes which might, to some extent be accurate en-masse, but they almost always fail to capture the truth when it comes down to the individual. Our cross-cultural training was designed to take into account cultural idiosyncrasies without perpetuating national stereotypes.

Received opinions about other nationalities are the source of innumerable clichés and national stereotypes and it can create real barriers to communication. In Western Europe alone it is easy to assume that British reserve is coldness, French self-interest is selfishness and German directness and clarity is arrogance. Of course, some people are like that but it’s personal – some people, not everyone in the society.

Did your experience of French people always confirm the stereotype you believed?  I doubt it – and no doubt the same is true of other countries you may have travelled to; I know my own preconceptions have been challenged and indeed altered on many occasions.

So how do we deal with this in real life – in business? We will start by underlining several concepts that we are building on in our French, German and English courses for business.

Working with an international group last week, someone broke in to a discussion with, ‘Oh you British, you are so indirect. You never say what you mean with all your, ‘woulds, mays, mights, possibly and perhaps! No-one else in Europe talks like you. ’ That was their perception.

Well, first of all, not all of the British are masters of indirectness. The Scots and the Northern English tend to be much more direct.  We need to be careful of tarring ‘everyone’ with the same brush. It’s a commonly held belief that waiters in Paris restaurants are abrupt and unsmiling – that has not been my experience at all in recent years!

National tendencies towards directness and indirectness

Yes, national groups do tend to express themselves in particular ways. Some nationalities favour a more direct style, even while remaining polite. Others favour a more indirect style, designed to avoid confrontation. The UK is seen to be an example of indirect communication while the Germans and the Dutch are seen as examples of direct communication.

The Germans and the Dutch sometimes see the British as unclear and a bit confusing. They may often go further and accuse them of dishonesty and hiding information. The British often see the Germans and the Dutch as outspoken and rude. One of my favourite memories was interviewing a UK Sales Director who insisted there were no cultural issues in his company.  When his secretary interrupted him to tell him his Dutch agent was on the line, he responded irritably, ‘I don’t want to talk to him. He’s so rude!’

Develop a strategy to avoid allowing your perceptions to hinder communication

Here are some tips.

Ask open questions not closed ones.

Tell people if you are direct.

I have a perception of what you’re like. It may be negative – and wrong.

Develop a strategy for dealing with the difference in styles.

What have you learnt? What will you say, do and THINK differently next time?

In a sentence, recognise your preconceptions are probably based on stereotypes, and develop a more open, questioning communication style to avoid and refine those assumptions.

Finally, here’s my favourite direct/indirect story. It happened on the London Olympic site. An engineer from the Indian subcontinent was driving holes for foundation pillars in the ground. The holes had to be six metres deep. A supervisor was checking.

‘How deep is this hole?’ he asked.

‘I don’t need about six metres,’ responded the supervisor, irritably. ‘Exactly how deep is this hole?’

Which answer would you accept? What experiences similar to the stories above have you had and how has this changed the way you think about cross-cultural communication?

To find out more about SIMON & SIMON’s range of cultural training courses, and how these could benefit your organisation click here – or call us now, on 020 7821 0999 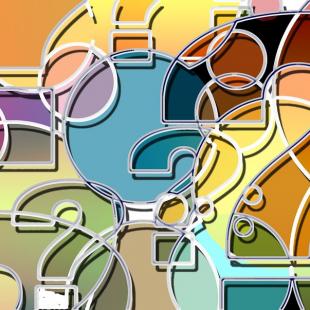