20 Facts About French Language and Culture You Didn’t Know

France, one of our nearest neighbours, is a prosperous country – and it may be a key source for future business opportunities if and when our trading relationships change after Brexit. French is also a popular language to learn around the world, making it a desirable second language for opening global communication channels.

This article shares some interesting facts and figures about French language and culture – and adds a splash of food and wine in, too!

1. French is the fifth most widely spoken language in the world

Surprised? You may well be, because France only has a population of around 65 million people (at the time of writing). This means that French has a wider global range than many – in fact, most – languages. Only English and Arabic are spoken in more countries than French!

2. French is spoken in 51 countries around the world

French is spoken in 51 different countries, including those as far from France as Madagascar and the Pacific Island nation of Vanuatu.

This wide range can be traced back to France’s overseas expansion and colonialism from the 16th century onward, often in competition with countries such as Spain, Portugal and Britain.

3. French is an official language in 29 countries

French is an official language in European countries such as Luxembourg, Switzerland and Belgium, as well as many other countries around the world. The rest of the 29 include Canada; African countries Mali, Niger, Rwanda and Chad; and Caribbean island nations Saint Lucia and Dominica.

4. The French are wonderfully obsessed with bread and pastry 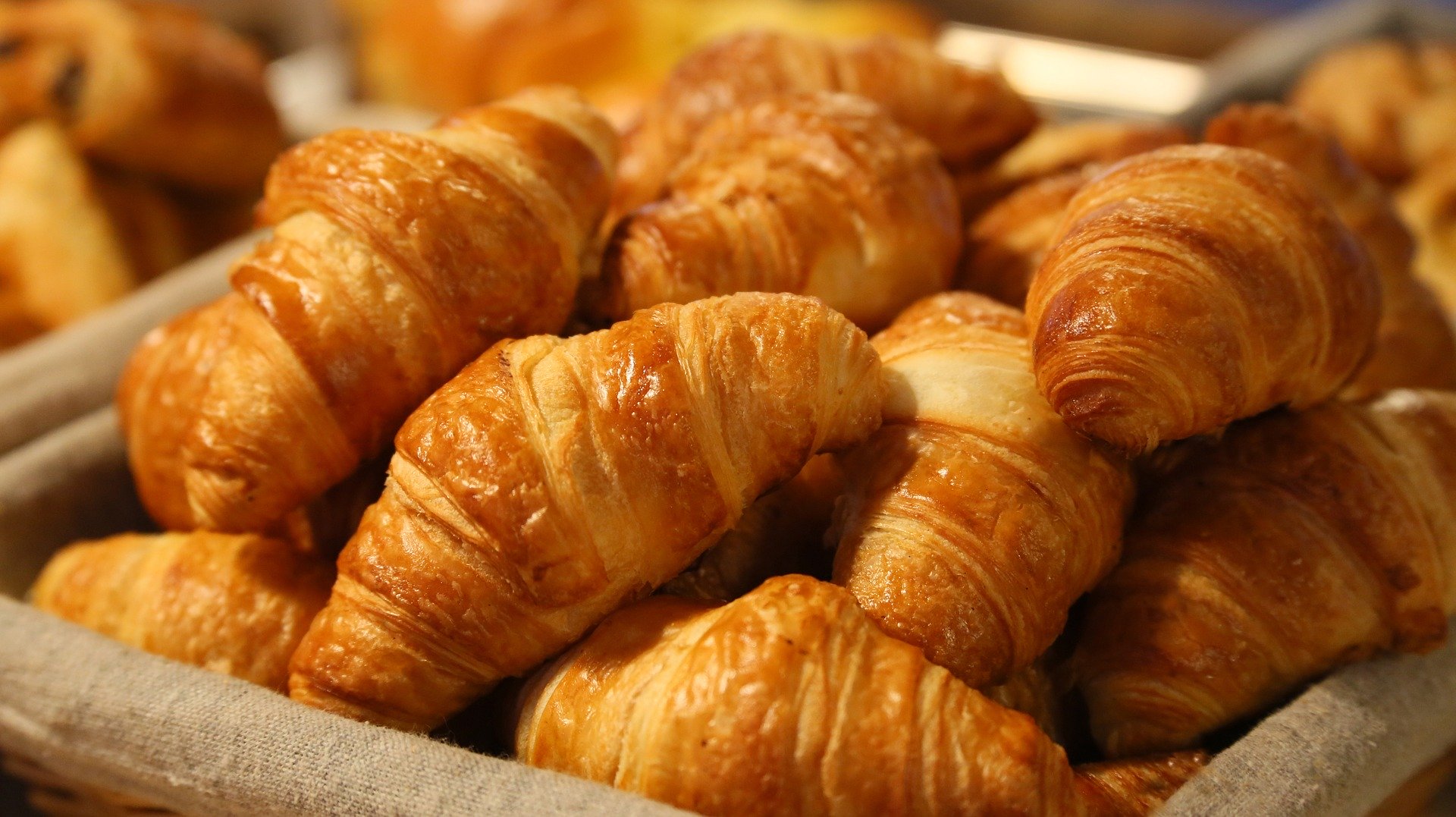 Prepare to embrace the humble loaf and its friends. Whether it is the delicate cracked pastry of a perfectly baked croissant or the crunchy crust of a soft-centred bread roll, you can expect to find bread or pastry in almost every French meal.

5. Learning French gives you a head start for learning the other romance languages

The romance languages, derived from Latin origins, all share similarities, so if you are fluent in one, you may find that you can quickly get to grips with one or more of the others. If you are learning any one of these languages (French, Portuguese, Italian or Spanish), you could find yourself confidently conversing in one of the others before you know it!

6. French is the ‘language of love’

A survey of Google Translate requests suggested that French may indeed be the true language of love, because the most romantic phrases were being translated into French rather than the other languages surveyed (English, German, Spanish, Italian and Russian). With competition from two other romance languages, that feels like conclusive proof to us!

7. Patisseries are a major part of French foodie culture 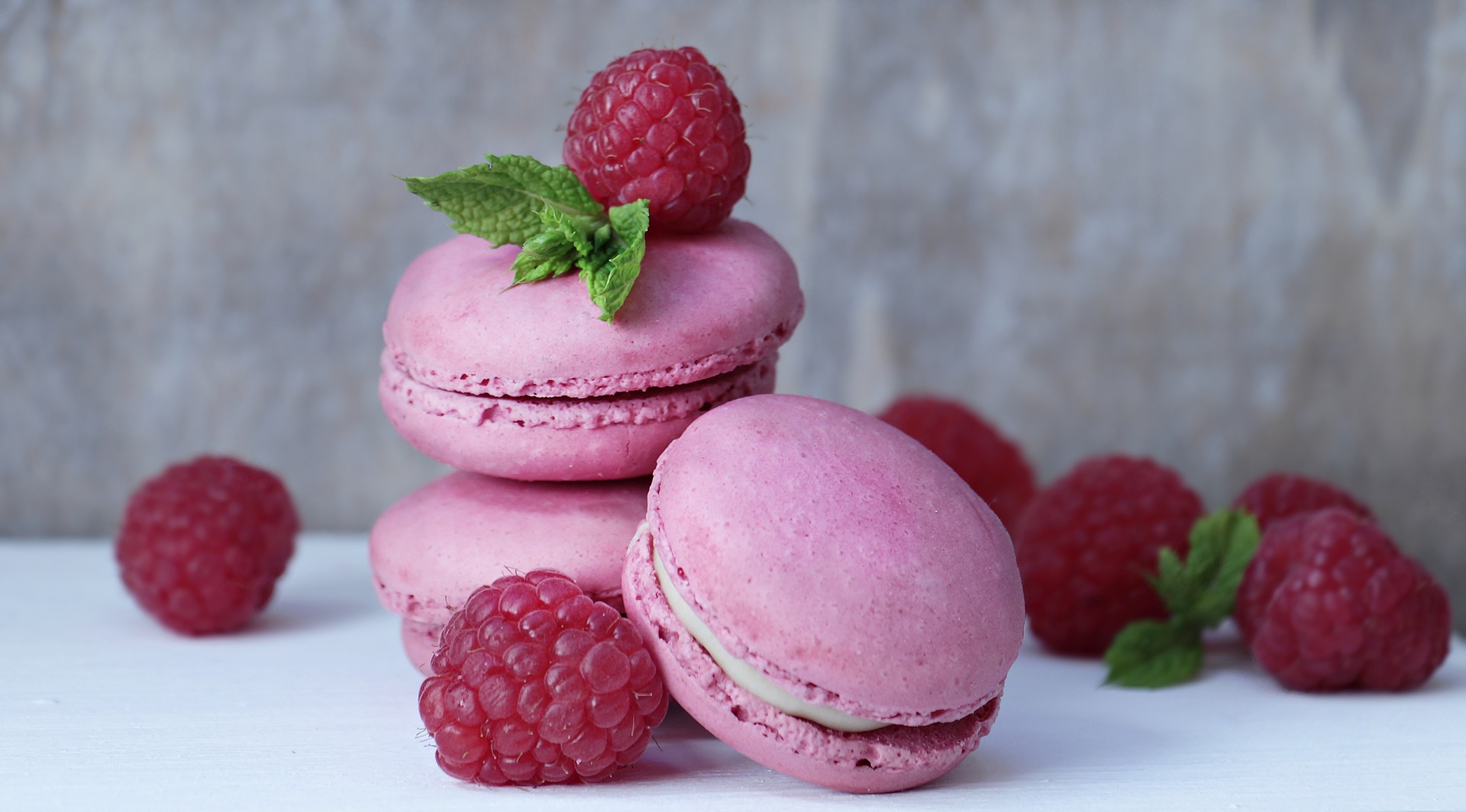 If you have room after your breakfast croissant, look out for a morning or afternoon snack in one of France’s many patisseries. These elegant bakeries offer row after row of deliciously sweet confections, and you can learn a lot (and practice your French) by popping into one of these sugary havens and asking for a recommendation or two.

And here is an exciting top tip if you are feeling crestfallen about the gluten in most croissants: macarons are almost always gluten free, so that is one French sweet treat you can enjoy relatively guilt-free!

8. French is the second most popular language for people around the world to learn (after English)

The language of love is a smart language for UK businesspeople to learn, especially now that Brexit is looming (depending of course on the outcome of the next election). Finding a way to bridge new divides through language could be key to fostering and maintaining professional relations in the post-Brexit era.

9. The English language is full of French words

If you think about some of the common phrases used in English, you may start to identify that they sound a bit French – and you would be right. Words such as chic, entrepreneur, cliché, façade and genre are all French, transplanted straight into English. Find some more examples here!

10. French is officially spoken on every continent in the world 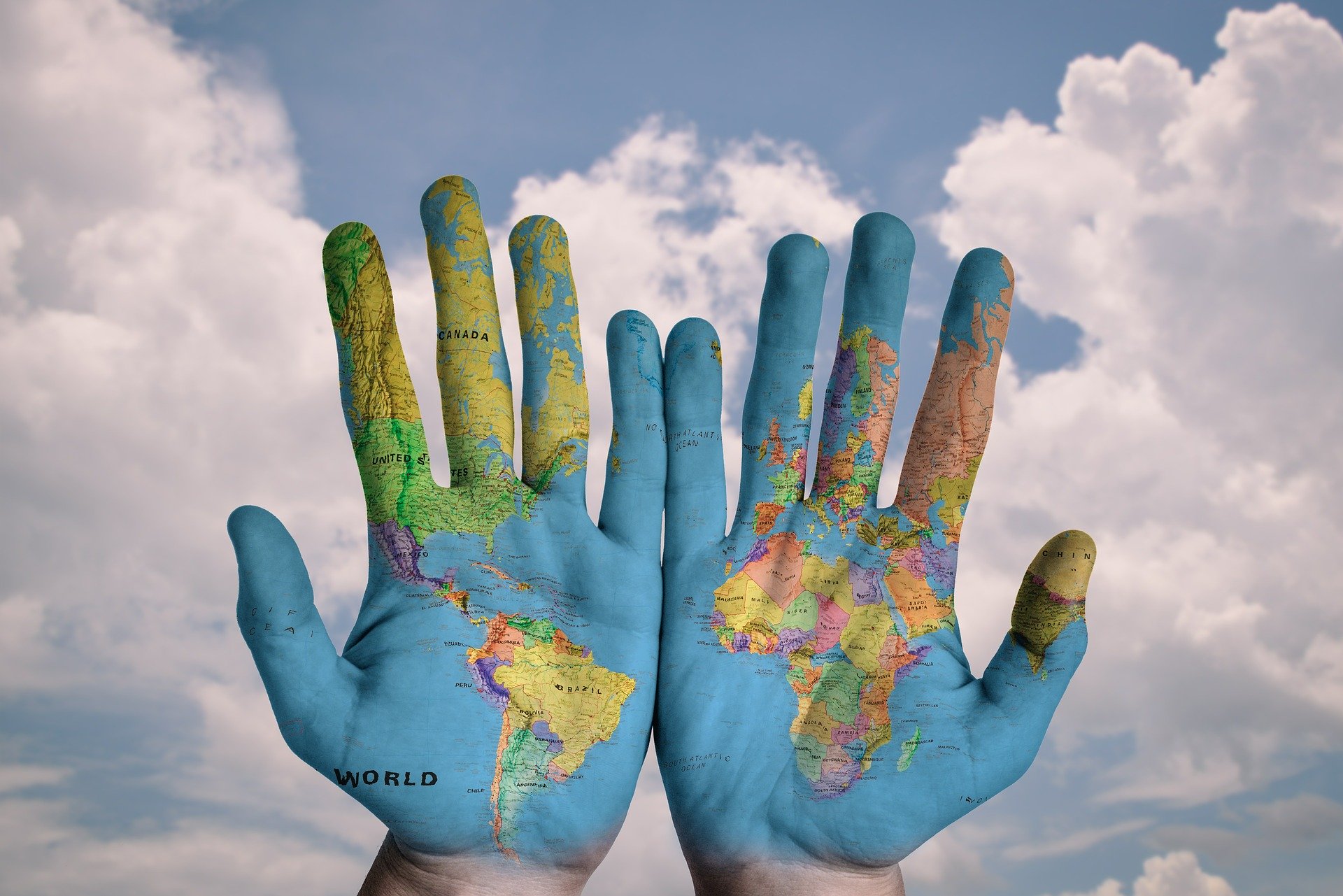 (NB. Antarctica is technically a continent, but it has no permanent residents.)

11. Over half of the English language comes from French and Latin

English may be a Germanic language, but it has a large share of words (at least 56%) from neighbouring France – which is likely to be the result of the extensive period after 1066 and the invasion of William the Conqueror, when French became the language of culture and government in England.

12. French is the most taught language in the UK

Language learning in UK schools has been declining but French remains the most popular language by far. It is even popular in the USA, where it is only beaten by Spanish.

13. French is the fourth most widely spoken language in the USA 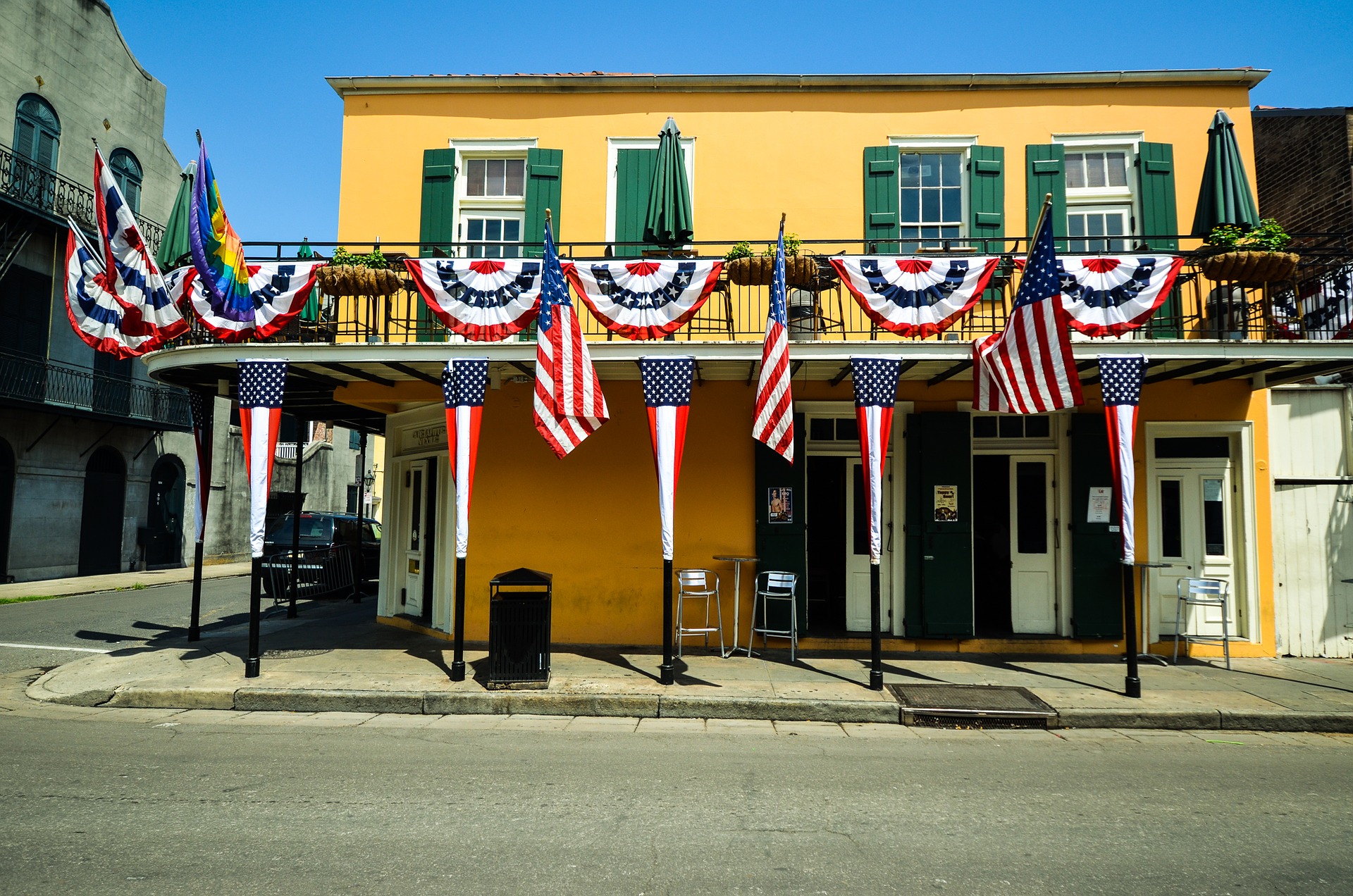 14. ‘Popping out for dinner’ in France can take hours

The French enjoy their food and wine, and they appreciate variety and good quality too. This may be why a meal at a restaurant is almost certain to include several small courses and a fine wine selection.

15. A business dinner in France is not the time for business

If you are invited for a business meal in France, put the contracts away and prepare to get to know your new colleagues. It is rare for a French invitation to a business dinner to involve an in-depth business discussion. Yes, you may find that the conversation touches lightly on business-related matters, but this is a social occasion first and foremost.

May Day, a public holiday to campaign for and celebrate workers’ rights, is a significant day in France. It can offer the gift of a long weekend (or even, if you have an especially gracious employer, a four-day weekend when it falls on a Tuesday or Thursday). But if May Day falls on a weekend, you are unlikely to get the Monday or Friday off in lieu – the public holiday is always celebrated on the 1st, whatever day of the week it is.

17. France’s May Day is also known as Fête du Muguet 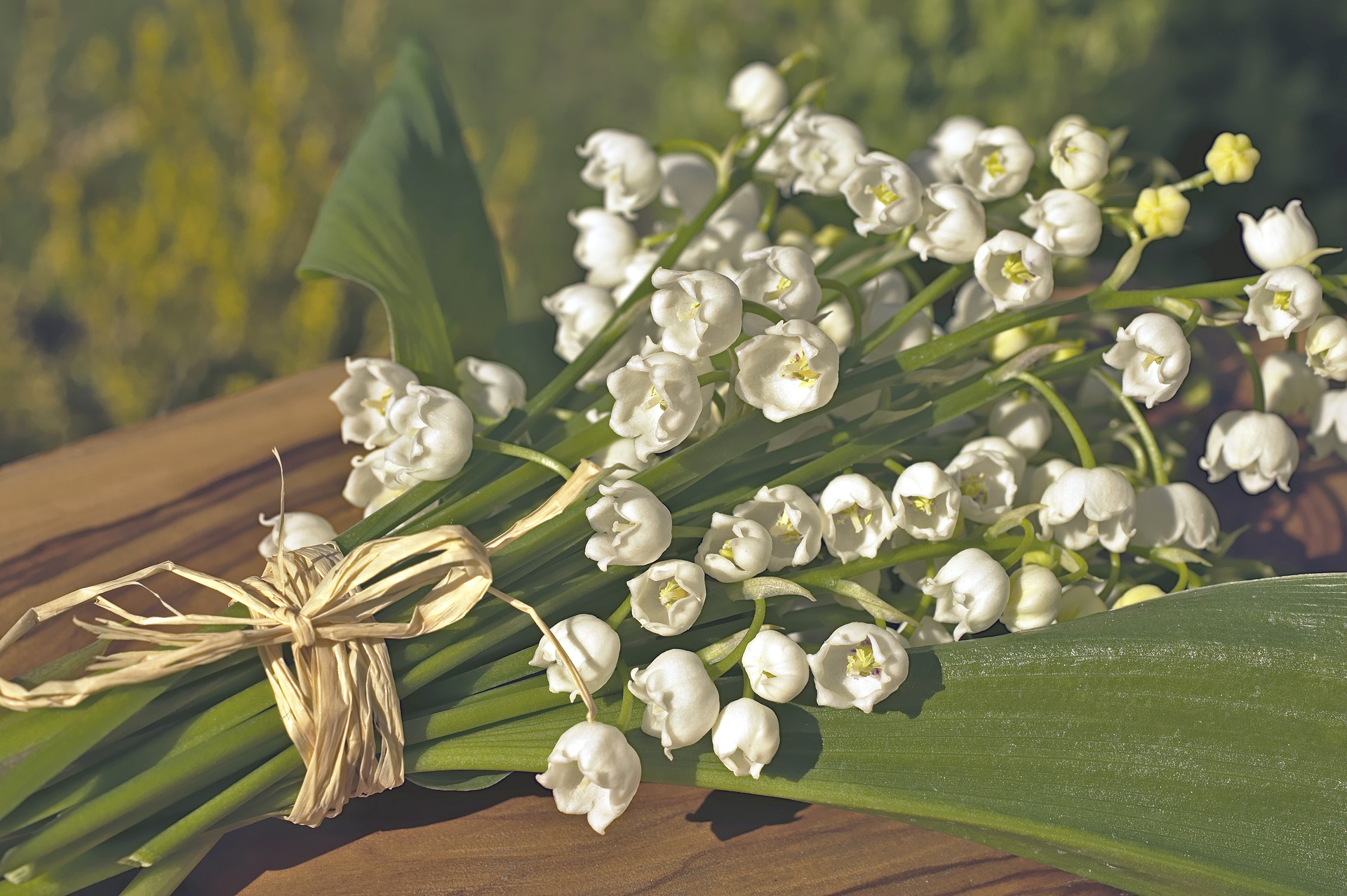 The muguet, or lily of the valley flower, is traditionally given to friends and family members on May Day each year. The tradition began with France’s King Charles IX, who was given the flower as a lucky charm, and he loved the gesture so much that he started to give them to the ladies of his court.

Lily of the valley flowers are often included in bridal bouquets (including that of the Duchess of Cambridge), but be warned – the plant is also poisonous!

18. Watch out for French ‘false friends’

Some words in French look very familiar – when you see ‘salade’ you know it is likely to mean ‘salad’. But this assumption can lead to some embarrassing assumptions – not all words are quite what they seem!

For example, ‘pain’ actually means ‘bread’, not ‘pain’ (which is ‘douleur’ in French), and ‘une librairie’ refers to a bookshop rather than a library (which is admittedly in the same ballpark). (I could definitely share some more embarrassing false friends, but Google will certainly be able to reveal these if you are interested…)

19. The band ‘Depeche Mode’ may be named after a French fashion magazine

The French are well known for their love of fashion, art and culture, and for their unique sense of style. Perhaps this is what drew electronic music pioneers Depeche Mode to their band name, which literally translates to ‘fashion news’ or ‘fashion update’.

Of course, it is possible that they loved the name of French fashion magazine Depeche Mode so much that they decided to name themselves after the (now closed) publication.

20. French is one of the British Council’s essential ‘Languages for the Future’

The British Council has identified the most important languages for the UK’s future growth and success, and French appears high in the list at number 3 (after Spanish and Mandarin). As all four main romance languages are in the top 10 (with Spanish at number 1, Italian in sixth place and Portuguese in eighth place), there has never been a better time to embrace these languages.